Intriguing Stat Shows How Much Deeper Cavs Are Than Last Season 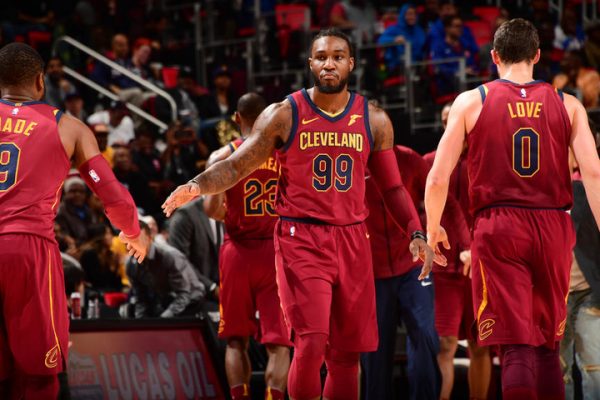 The Cleveland Cavaliers struggled at the onset of the 2017-18 season, but thanks to their current five-game winning streak, things are finally starting to look up.

While the winning streak is certainly something to be excited about, the most promising thing about the Cavs’ season so far might be an interesting stat that proves that the Cavaliers are getting much better production from their supporting cast compared to last season.

The Cavaliers are now outscoring opponents by 1.1 points per 100 possessions when LeBron sits this year.

Last year, the Cavs were outscored by 8.5 points per 100 possessions when LeBron sat.

Rose was thrust into the starting lineup when Kyrie Irving was traded to the Boston Celtics, but has since struggled to stay on the court due to a recurring ankle injury. If both Cavs point guards can stay healthy once Isaiah Thomas returns to the court, however, Rose will likely be one of the more talented offensive players coming off the bench in the entire NBA.

The Cavaliers have seemingly turned a corner in regards to their early-season slump. Not only are individual players stepping up, but the Cavs are playing better team basketball as well. With several players working to return to the court, the current numbers behind this statistic could become even more promising as the season continues.