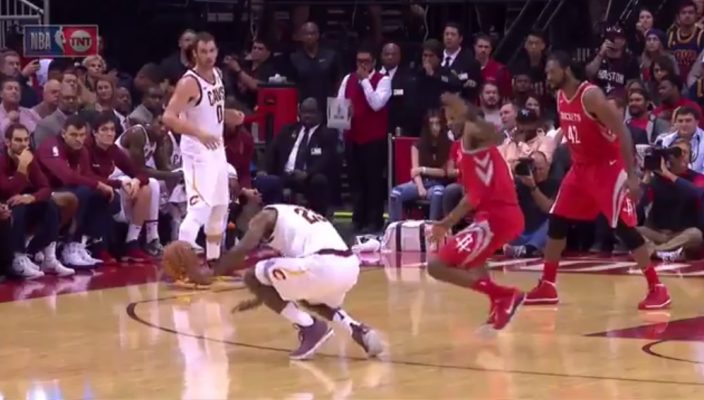 The Cleveland Cavaliers have been dealing with a myriad of injuries to several players so far this season, and that trend continued in the first quarter of Wednesday night’s game against the Houston Rockets.

As LeBron James began to drive to basket, he stepped on Rockets forward Trevor Ariza‘s foot, and rolled his ankle in the process. James quickly fell to the court, but was able to walk to the bench on his own during a subsequent timeout.

LeBron James tweaks his left ankle, he was able to walk to the bench on his own during the timeout.pic.twitter.com/A6285QEm7y

As many Cavs fans will remember, James missed the vast majority of the 2017-18 NBA preseason after injuring the very same ankle, but that injury had seemingly since healed. While there is no news yet on the severity of James’ current injury, given the fact that he has already had trouble with that ankle, the Cavs are sure to take every precaution possible.

This is horrible news for the Cavs as their early-season struggles will only be exacerbated if James should miss considerable time moving forward. The good news is, James was able to return to the game, however, ankle sprains are known to swell up the next day, so we’ll keep you posted on if he’ll miss any time moving forward.