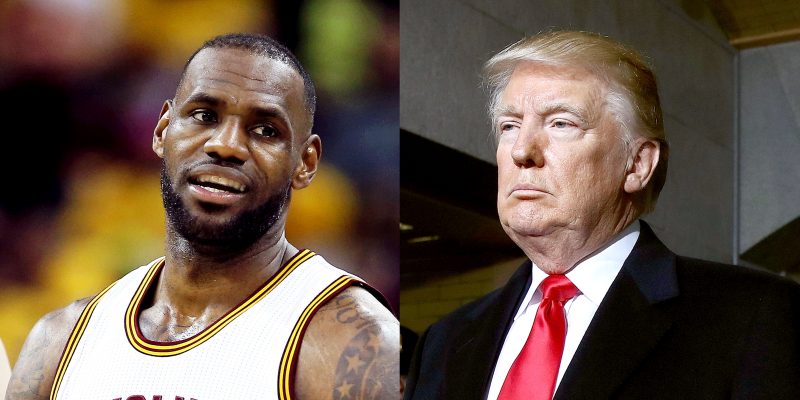 In recent years, Cleveland Cavaliers forward LeBron James hasn’t been shy about expressing his opinions when it comes to political matters.

That continued on Saturday, when he took to Twitter to criticize President Donald Trump in the wake of protests and fighting that took place in Charlottesville, Virginia earlier in the day.

It's sad what's going on in Charlottesville. Is this the direction our country is heading? Make America Great Again huh?! He said that??‍♂️

The protests were between white nationalists, who were protesting the removal of a statue of Civil War Confederate general Robert E. Lee, and counter-protesters. During the chaos, one person was killed and 35 others injured when a car rammed into a crowd of counter-protesters. Later in the day, two other people were killed following a helicopter crash that was reportedly connected to the situation.

James actively campaigned for Trump’s opponent in last year’s presidential election, Hillary Clinton, and was an avid supporter of Trump’s predecessor, Barack Obama. During last year’s campaign, James also took issue with Trump’s use of the term “locker room talk” to describe his controversial 2005 comments about women that appeared to endorse sexual assault. Trump’s campaign had used the phrase “Make America Great Again” as its main slogan and it’s continued to use it to support Trump’s political agenda since taking office in January.