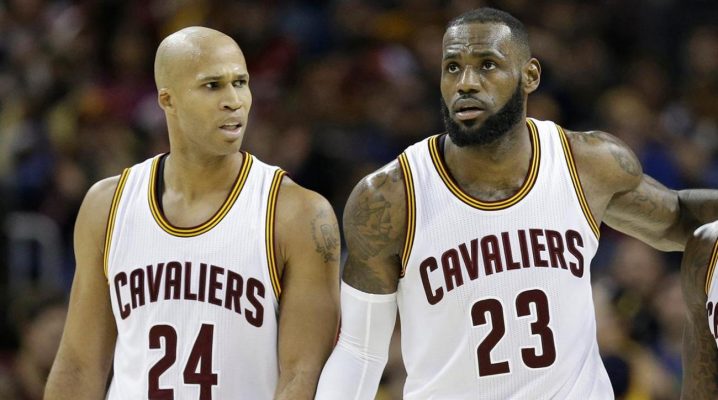 Last Thursday, Cleveland Cavaliers small forward Richard Jefferson weighed in on who he believes is the best player in NBA history when he joined the Pardon My Take podcast.

While one might think LeBron James‘ teammate would rank the four-time NBA MVP as the best player ever, he gave the nod to Michael Jordan instead.

“I would probably go MJ (Michael Jordan) one, well no I know I’d go MJ one, LeBron two, Kareem (Adbul-Jabbar) three,” he said.

He later expanded his list to the top five in NBA history and added that James still has time to claim the number one spot.

“I’m gonna go MJ one. I’ll go LeBron two, still counting though,” he said. “He’s got more years to get to that number one spot. Then at three I would go Kareem. Four I would go probably Tim (Duncan). Then five I would go Magic (Johnson), Magic and Kobe (Bryant) are really, really close.”

Jefferson’s top-five list is hard to argue, but James might have a thing or two to say about the top spot when it’s all said and done.