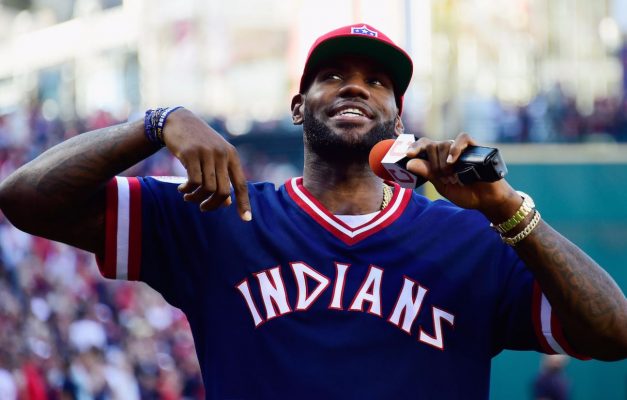 The Cleveland Indians have taken the MLB by storm with their historic 21-game winning streak. On Wednesday, LeBron James took to Twitter to celebrate the streak and show support for his fellow Cleveland athletes.

In the video, James reflected on the streak and offered a bit of a challenge as well.

“Yo what up y’all,” James began. “Man, there’s no way I could let another day go by without shouting out the home team Cleveland Indians. 21-game winning streak, what y’all doing right now…keep it going. I was about to say it’s incredible, but I want to come back and do another video when y’all got like a 40-game winning streak, no pressure.”

He then commended the team for coming back from last year’s devastating World Series defeat to dominate the MLB once again.

“Big shout out, man. For y’all to come back the way y’all playing right now from what happened in the World Series. So commendable, keep it going. Cleveland pride, man, the Land,” he said. “The ‘Cleveland WINdians’ is what y’all name is gonna be soon so….I might want to trademark that so I can sell a couple T-shirts or something.”

“The Cleveland WINdians™” — @KingJames sends his congrats to the @Indians for their historical win streak. pic.twitter.com/wcX9HTO75L

Clearly James is just as excited about the Indians’ incredible streak as any other Ohio native. The Indians are still many more wins away from making up for last year’s World Series defeat, but it definitely can’t hurt their chances to have a proven winner like James cheering them on.