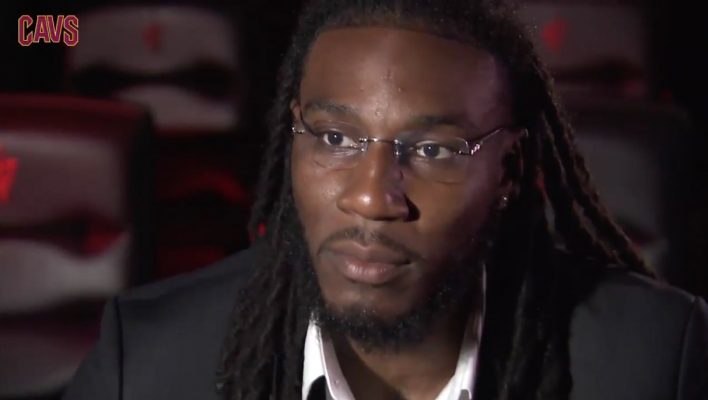 Jae Crowder has already voiced his excitement about being one of the newest members of the Cleveland Cavaliers, and while he is certainly celebrating the recent trade, he is also in mourning. Just moments after Crowder told his mother, Helen Thompson, that he had been traded to the Cavs, she lost her battle with cancer and tragically passed away.

In a recent interview, Crowder shared what his final words to his mom were:

“She really wanted me to win a championship, and I think, I hope she heard me when I said, ‘I’m going to Cleveland.’ When I told her, ‘I’m going to win a ring,’ five minutes later she passed away. So it was a very tough day for me, a lot of emotions built up. So I’m happy about the trade, sad about my mom. A lot of emotions.”

See what else Crowder had to say below.

Crowder is surely still struggling with the loss of his mother. It’s clear, however, that he has gained comfort in knowing that he was able to share the exciting news with her before she passed away.