Report: Cavs Looking For Another Piece From Celtics After Isaiah Thomas Physical 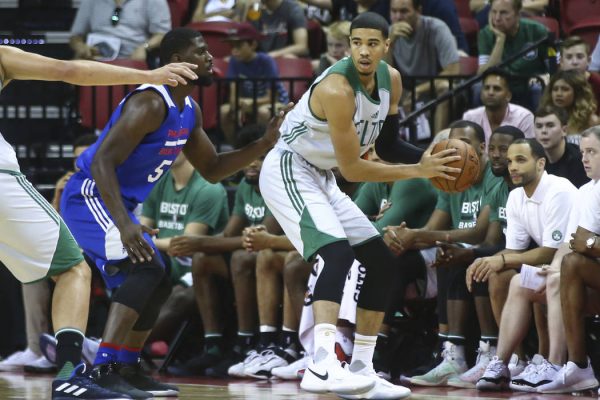 The Cleveland Cavaliers’ offseason continues to grow more chaotic by the day, as ESPN’s Adrian Wojnarowski dropped a bomb late Friday night, reporting that the Cavs will consider voiding the Kyrie Irving-Isaiah Thomas trade due to a recent physical examination taken by Thomas.

Thomas’ condition turned out to be worse than expected, and the Cavs, if they wish, could void the deal, sending Thomas back to Boston and Irving back to Cleveland. However, according to Wojnarowski, the deal is unlikely to be called off, rather, the Cavs could be looking for another piece to sweeten the deal:

“In the deal, Cleveland has placed the most value on the 2018 unprotected first-round pick that Boston controls from the Nets, league sources said. Instead of voiding the deal, Cleveland could potentially push for Boston to sweeten it — namely for another draft pick. For now, those are conversations still potentially to be had.”

Most likely, the Cavs are eyeing the Los Angeles Lakers’ 2018 first-round draft pick that the Celtics hold, which is explained in detail by this Philadelphia 76ers news release:

While another first-round draft pick would be ideal for Cleveland’s uncertain future, Thomas’ concerning hip injury coupled with a lack of win-now assets, the 2017-18 season and a shot at dethroning the Golden State Warriors may now be in jeopardy.