Report: There’s Only One Team Carmelo Anthony Is Willing to Waive No-Trade Clause For 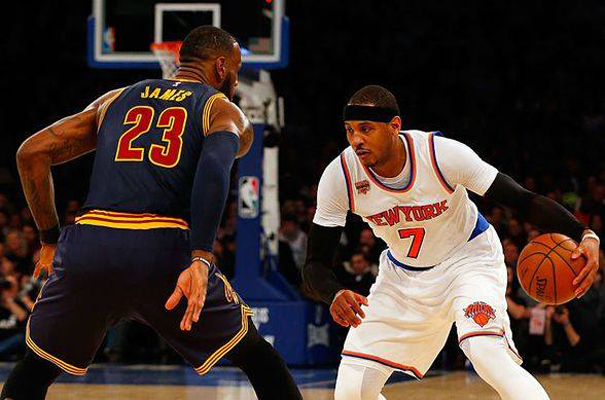 Not so long ago it was reported that Carmelo Anthony‘s preferred destination was the Cleveland Cavaliers, but that appears to no longer be the case. Thanks to the recent drama circling the Cavs, Anthony has reportedly decided to scratch Cleveland off his list.

According to ESPN’s Adrian Wojnarowski, Anthony has made it clear that he will now only waive the no-trade clause in his contract if the Knicks are able to agree on a deal with the Houston Rockets:

“Anthony remains steadfast that he only plans to waive his no-trade clause for the Rockets and refuses to expand his list to include more possible destinations, league sources said.”

Houston has expressed interest in adding Anthony to their already talented roster which includes James Harden and Chris Paul, but so far no agreement on a deal has been reached. Wojnarowski reported that both teams were making progress towards a deal at the onset of the offseason, but that has since cooled down:

“Houston and New York made significant progress on a deal when Phil Jackson was Knicks president, but that changed with the hiring of new general manager Scott Perry, who has been far more particular about the package he’d want in return for Anthony.”

So far, the NBA offseason has gone from bad to worse for the Cavs. While the news that Anthony is no longer willing to wave his no-trade clause to play in Cleveland is not exactly surprising, it is certainly disappointing.