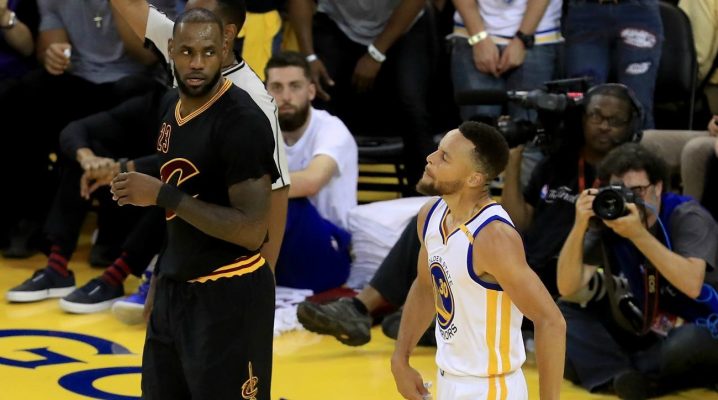 While many saw the video as a clear sign of disrespect, Curry spoke with The Athletic to claim that his rendition of James’ dance was actually a sign of admiration.

“I’ve been watching that video twice a day since it happened because its my favorite video in the entire world,” Curry said. “He made a song popular by making a video. And that lives. So now every time I hear that song, that’s all I think about. And I’ve been doing that dance because of him, at my house, at dinner. When something good happens, I pull that out, because I like it and it makes me laugh and it makes me happy. Not making fun of him.”

Curry even responded to Irving’s presence in the video, saying that neither he nor Irving were trying to mock James.

“That was just a casualty of the moment because me and him were hanging out all night. Then that song came on and I was having a good time,” he explained. “Obviously, that’s a separate side story to their relationship, but neither one of us was trying to clown him.”

The Athletic’s Marcus Thompson II added that even though Curry admits the video has caused a bit of a stir within the basketball world, he hasn’t reached out to apologize:

“Curry said he did not reach out to LeBron to explain because he felt like it was unnecessary. He didn’t say this, but there was no way Curry is going to call LeBron and explain himself, not with their history. Curry is too competitive to concede that edge unnecessarily.”

James is no stranger to disrespect. As one of the most dominant players in league history many have tried to best James off the court as they fail to do so on it. Still, to see a fellow former NBA MVP and teammate laugh at his expense should only add more fuel to James’ undying commitment to claiming yet another NBA championship.