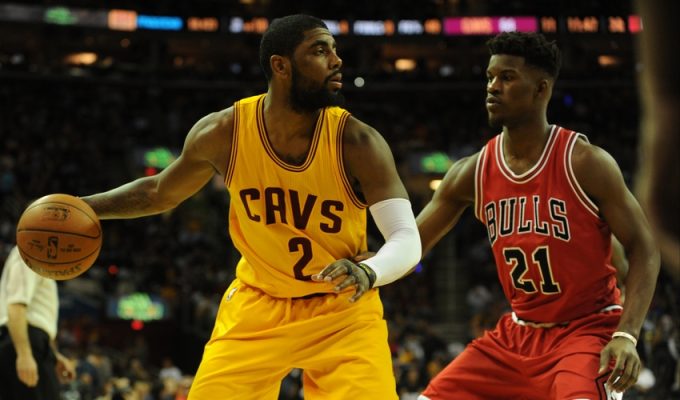 The news of Kyrie Irving‘s trade request has sent shock waves throughout the NBA. However, according to TNT analyst David Aldridge, the Cleveland Cavaliers have known about Irving’s desire to play elsewhere for weeks.

The reason behind the trade request reportedly lies in Irving’s desire to no longer play second fiddle to LeBron James, and is instead interested in becoming the leader of a different NBA team.

To add insult to injury, it seems that James had no idea that Irving was unhappy or wanted out of Cleveland, as it was reported that Irving told several teammates he wanted out, but didn’t confide in James.

According to ESPN, Irving’s agent Jeff Wechsler and the Cavaliers had a discussion regarding the All-Star’s future weeks ago.

“What I can tell you is we had a meeting a couple of weeks ago, and we sat down and discussed Kyrie’s future with the team and all the scenarios,” Wechsler reportedly said. “The contents of that meeting we’re going to keep between the team and us.”

While Wechsler kept his client’s cards very close to the chest, it’s reasonable to assume that the two parties discussed Irving’s desire to leave during that meeting.

Another league source discussed the possibility that Irving has wanted out of Cleveland for nearly a month, saying that he made an initial trade request before the 2017 NBA Draft.

“Irving made his initial trade request before last month’s Draft, in hopes of being traded to Chicago and playing with All-Star swingman Jimmy Butler,” the source said. “Just before (David) Griffin and the team decided to part ways, Griffin had been working on a three-team deal that would have brought Butler to the Cavs.”

Of course, Butler was eventually traded to the Minnesota Timberwolves, but that seemingly had little impact on Irving’s resolve to put Cleveland in his rearview.

While this developing story has taken the entire basketball world by surprise, it’s beginning to look like Irving’s departure from Cleveland has been brewing for quite some time.