Report: Cleveland Cavaliers to Reach Out to Zach Randolph on Saturday 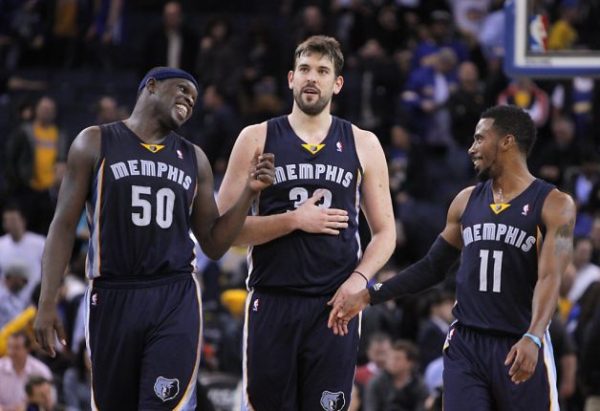 Randolph has spent the last eight seasons with the Memphis Grizzlies and averaged 14.1 points and 8.2 rebounds per game last season. While Randolph has received interest from the Sacramento Kings, Oklahoma City Thunder and Los Angeles Clippers, reporter David Aldridge is now reporting that Randolph and the Cavs are expected to communicate by phone on Saturday.

So…as I was gonna say before the sun collapsed…hear Cleveland also has interest in Zach Randolph. Contact expected via phone Saturday.

Randolph, a two-time All-Star, is no longer in his prime, but would be able to contribute on both ends of the floor off the bench.

Thanks to recent trade and free-agency rumors, signing Randolph would likely be a let down to most Cavs fans, but there is no question that he would help solidify a stronger bench behind current starting big men Kevin Love and Tristan Thompson.

There is still much that has to be done to bring Randolph to Cleveland, but this rumor seems like the first step.