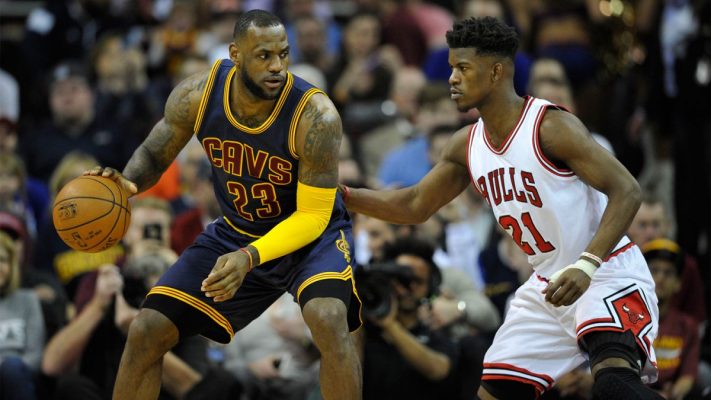 In the final hours before news came that now-former Cleveland Cavaliers general manager David Griffin would not be signing a new contract, he was apparently very much involved in attempting to acquire guard Jimmy Butler from the Chicago Bulls.

That’s led to some speculation that the potential Butler deal, which was expected to be part of a three-team deal, may have ended any chance of Griffin and team owner Dan Gilbert finding common ground on the vision for the franchise. That’s because of Gilbert’s reported preference to keep the roster primarily intact.

Per source familiar w/ breakdown, Griffin removed himself from consideration when it became clear his vision for CLE didn't match Gilbert's

Griffin was elbow deep today, as late as an hour ago, working to put together a monster deal to get Jimmy Butler from Chicago.

One of the basic problems that the Cavaliers had in general when it came to potential trades was Griffin’s then-uncertain status.

Soon after it was announced that Griffin was leaving came word that his top assistant, Trent Redden, would also not be back. Those ominous signs clearly indicate that the Cavaliers’ front office will be completely overhauled, with the important free-agency period set to begin on July 1

Several executives under Griffin turned down bigger money/bigger roles elsewhere over summer out of sheer loyalty to him. https://t.co/Ad41i5rQob

After LeBron James had previously shown his support for signing Griffin to a new contract, it shouldn’t come as a surprise that he’s not happy about this dramatic turn of events.

That could make the Griffin move a potentially franchise-changing shift in the wrong direction, primarily because James will still be with the team for the 2017-18 season, while the same can’t be said for the following season. While Gilbert will likely take major heat from the Cavs’ fan base for these moves, that will pale in comparison to what he’ll face a year from now if he loses James in free agency for the second time