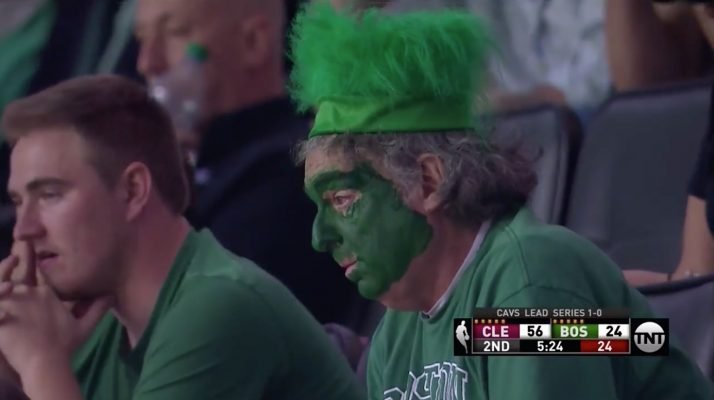 The Cleveland Cavaliers set an all-time playoff record as they led the Boston Celtics, 72-31, at halftime in Game 2 of the Eastern Conference Finals.

Amidst the onslaught in the second quarter, starting point guard Kyrie Irving launched and made a deep 3-pointer to put the Cavs up 56-42.

After the three, the camera cut to an unsuspecting Celtics fan’s face, and his expression said it all.