Report: LeBron Starting to Get Annoyed With Uncertain Contract Status of David Griffin 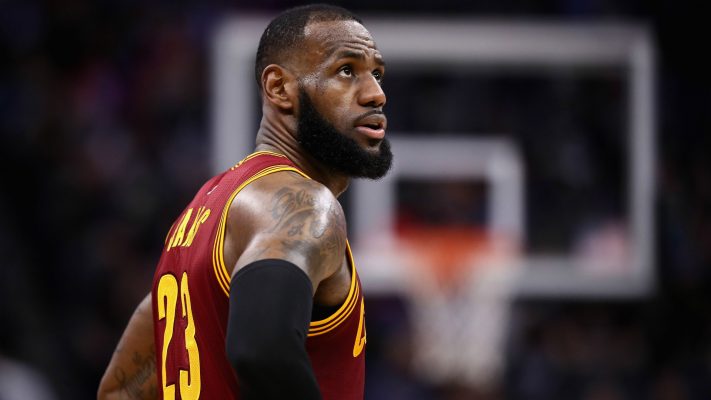 The continuing uncertainty over the status of Cleveland Cavaliers general manager David Griffin past this season is an issue that could linger during the remainder of the postseason. Griffin is unsigned past this year and one person who’s definitely taking notice is LeBron James, who has reinforced his earlier support of signing Griffin to a new contract.

“According to sources, James walked out of the practice facility Tuesday, shaking his head and loudly wondering why Griffin ‘wouldn’t be able to get a new contract.’ James appeared to be speaking to no one in particular, but wanted to send a message — the Cavaliers superstar wants Griffin to return.”

The man responsible for signing Griffin is team owner Dan Gilbert, who has had an uneasy relationship with James, even after the superstar returned to the team three years ago. Aggravating his best player could potentially have plenty of negative ramifications down the road.

In his earlier support, James was emphatic in talking about Griffin’s value:

“It makes no sense why he shouldn’t get an extension,” James said. “He’s pulled every move. He’s tried to make every move happen, to better this team to be able to compete for a championship. We wouldn’t be in this position, obviously, without him and without the guys that are here — from the coaching staff to the players to Griff. He’s been a big piece of it.”

If Griffin does leave, Orlando could be his landing spot. Last week, the Magic were rumored to be ready to offer his a contract to become team president.