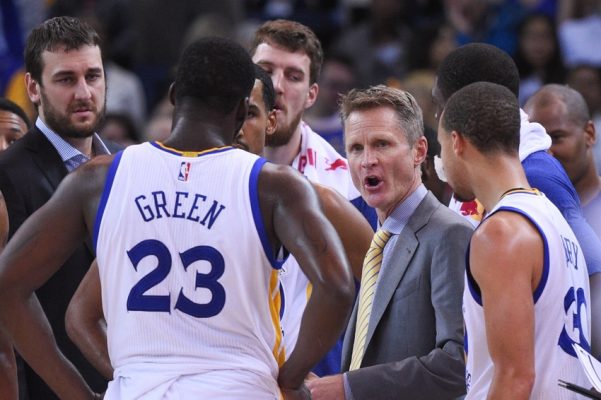 The Golden State Warriors are the favorites to represent the Western Conference in the NBA Finals this season, but it appears likely that they won’t have head coach Steve Kerr on the sidelines should they reach that point. If that’s the case, whichever team from the Eastern Conference is their opponent will be facing former Cleveland Cavaliers head coach Mike Brown.

Kerr’s status was discussed on Monday by Warriors forward Draymond Green, who was pessimistic about his head coach’s return this season:

“I think the way we look at it is plan on him (Kerr) not coming back,” Green said. “That’s the way we’re approaching this thing … Mike Brown is our coach, we have the rest of our staff, and that’s who we’re rolling with.

“And whether that’s this year or next year, then you know, we’re ready. But we’re gonna approach this entire thing as ‘Steve isn’t coming back.’ And that’s our approach for this entire playoffs until we hear otherwise.”

Kerr is dealing with complications from a pair of back surgeries that were performed on him nearly two years ago. He’s had to deal with headaches and nausea and had previously indicated that he may not be able to return. Those back surgeries forced the 51-year-old Kerr to miss the Warriors’ first 43 games of the 2015-16 season.

The 47-year-old Brown served two stints as head coach of the Cavaliers, the first coming in 2005-10, which included the team’s first-ever trip to the NBA Finals in 2007. He was fired shortly after the 2009-10 season, which was right before LeBron James left to play for the Miami Heat.

Brown coached the Los Angeles Lakers during the lockout-shortened 2011-12 campaign, going 41-25 but losing in the conference semifinals. He was fired just five games into the subsequent season.