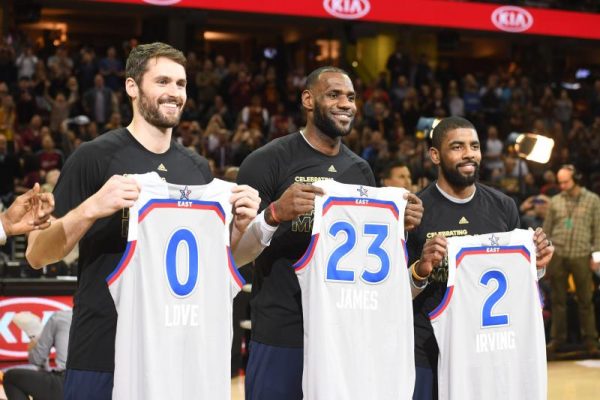 In the buildup to Sunday night’s All-Star Game, Cleveland Cavaliers point guard Kyrie Irving was asked during media day on Friday to name his all time All-Star team. To the surprise of virtually everyone, Irving didn’t select his teammate LeBron James to the squad.

Continuing the fantasy, Irving selected himself to the coaching unit:

What was odd about Irving’s choice is that his All-Star teammate John Wall was asked the same question and included James. Despite the possible controversy that might surface, Irving had no worries.

Earlier in the day, Irving had described James as “awesome,” and indicated his high level of respect for the 14-year veteran.

“You learn so much, just how to be a consummate professional,” Irving said. “How to really be engaged every single day.”