LeBron James Reveals When He Would Like to Retire from NBA 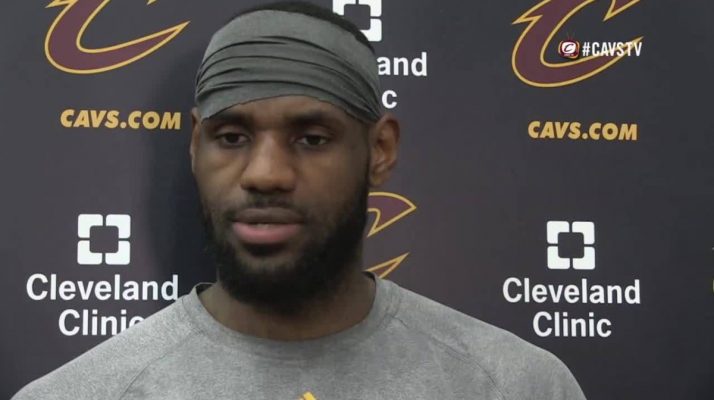 The idea of retirement for the Cleveland Cavaliers’ LeBron James isn’t something that Cavs fans want to contemplate, even if it doesn’t figure to occur for quite a while. However, James has indicated that his three children may be the ultimate arbiters of when that time comes.

In comments reported by Cleveland.com, the 31-year-old James lamented missing time with his kids, but did mysteriously indicate that playing would continue until “later on in my 30’s.” Still, he said that once they tell him that they’d prefer he not travel as much, he’ll call it quits.

“It’s kind of up to my kids, really,” James said. “I’ve missed so much of my kids’ tournaments and things of that nature when I’m playing. So, it’s kind of up to them. They’ll let me know when they’re tired of seeing me go away.”

Due to his beginning an NBA career at age 18 and having played in five straight finals, James’ body has racked up more time on the court than some older players. That means he has to watch his diet and exercise more diligently.

Still, he’s taken steps to extend his career over the past few years:

“It’s not like I go into the season saying OK, I’m going to play into June,” James said. “I don’t have that sense of entitlement, but I do prepare myself for the long haul. … I’ve played a lot of basketball over the last few years and I’ve been fortunate to play at the highest level for a long time now. I have to listen to my body and my body has done well for me.”

Depending on what takes place in Game 6 of the playoff series between Toronto and Miami on Friday night, the Cavaliers could play for the Eastern Conference title on Sunday or Tuesday against the winner of that series.