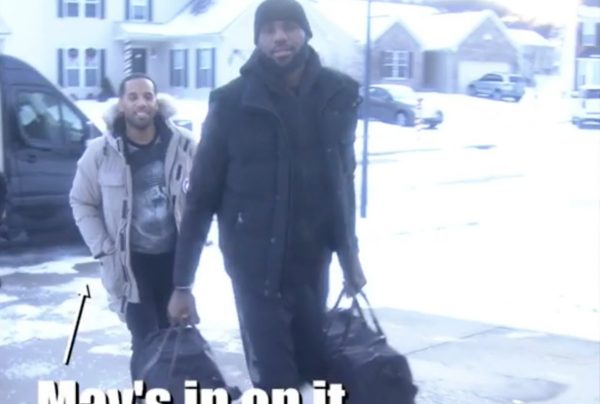 Christmas time is a time of giving, and Cleveland Cavaliers superstar small forward LeBron James is making magical moments happen on and off the court.

James is an executive producer of NBC’s new game show “The Wall” and gave a sneak preview Friday on his Instagram of one Akron couple who won a whopping $1.3 million in cash.

Christmas is the season for giving. Ever seen $1.3 million in cash hand delivered to an amazing family? Merry Christmas everyone! #TheWallonNBC #StriveForGreatness #RWTW

When James delivered the prize himself, along with his business manager and friend Maverick Carter, John and Angel Whorton went absolutely nuts as they saw The King at their doorstep.