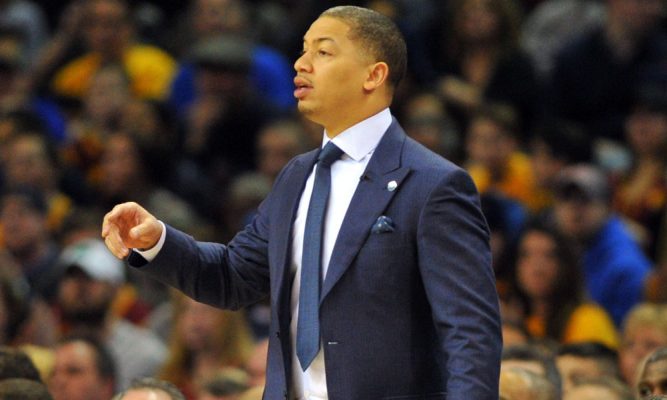 The wounded Cleveland Cavaliers once again will be readjusting their starting lineup in the wake of J.R. Smith’s pending thumb surgery and Kevin Love’s continued pain from a left knee contusion. Due to those absences, any thoughts of resting either LeBron James or Kyrie Irving for Wednesday night’s game against the Milwaukee Bucks aren’t in the cards.

LeBron James in, Kyrie Irving in and Kevin Love out for #Cavs vs #Bucks.

Kevin Love (knee contusion) should be ready Friday for #Cavs vs #Nets, per coach Tyronn Lue.

Smith’s spot in the lineup will be taken by DeAndre Liggins and Love is expected to once again be replaced by Richard Jefferson.

Though resting either James or Irving wasn’t necessarily part of the Cavaliers’ plan, they were hoping to allow them to put in less time on the court after the team’s 114-108 overtime victory over Milwaukee on Tuesday night. James played 47 minutes and Irving 45 in the win.

“They both said they feel great,” Lue said.

The Cavs have a Friday night home game against the Brooklyn Nets after tonight, which will lead into their highly-anticipated matchup against the Golden State Warriors on Christmas Day.