Cleveland Cavaliers Plan to Change the Way They Use LeBron James 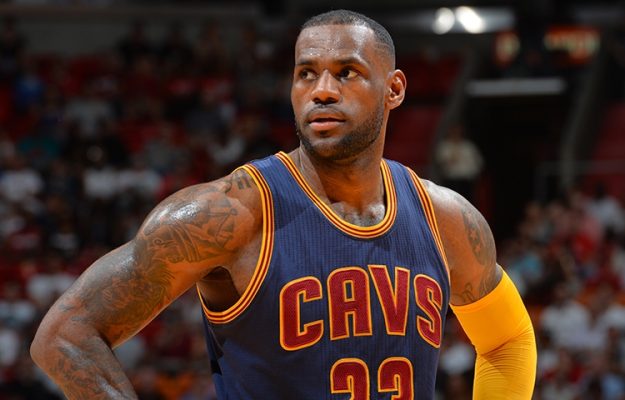 While a dream scenario for the Cleveland Cavaliers would be to be able to play LeBron James for 48 minutes every game, the reality is that the veteran needs to play less in order for the Cavaliers to have their best chance at capturing another NBA title this postseason. Cleveland head coach Tyronn Lue understands that fact and plans on taking steps to ease up on James’ minutes played.

Lue was asked about the fact that James ended up playing 43 minutes in the team’s 116-105 victory over the Charlotte Hornets, one night after having put in 37 minutes against the Miami Heat. Lue noted that James specifically came to him, citing Kyrie Irving’s off night.

James finished the Charlotte game with 44 points, 10 points and nine rebounds in the victory, helping stave off a near second-half collapse. Had the Cavs been able to maintain their double-digit lead, James would have been removed from the contest much sooner.

“This was one of those nights where even if guys were feeling great, I was feeling great the whole game,” James said. “I don’t know why I was the only one feeling that great, but hey, it happens that way sometimes.”

A plan, crafted by James and his trainer, along with input from Lue, is in place for fewer minutes in both January and February. Of course, the pace of a particular game may end up messing up that plan. However, right now, James isn’t feeling any effects from the added workload.

“The last couple years this is the best I’ve felt,” said James, who’s in his 14th season and is gunning for his seventh consecutive NBA Finals. “And I told you guys I’ve put a lot of work into my body, into my craft. I’ve re-arranged a little bit with my diet and things of that nature and it’s worked to my benefit. And for me to have back to back nights like this after coming off a long road trip, just shows that everything is working in the right direction.”

If Lue’s plan works out, James will be on the court for less than 35 minutes a night, which would be better than last year’s average, which marked a career-low in that category for James.

“I mean, I gotta believe him,” James said. “He’s the coach and he’s put us in position every night to be successful. I mean obviously I hate it, but he’s our captain and I gotta go with his gut and what he believes is best for our team, best for me.”

Lue’s next chance to spare James some minutes comes in back-to-back contests against the Memphis Grizzlies beginning on Tuesday night.