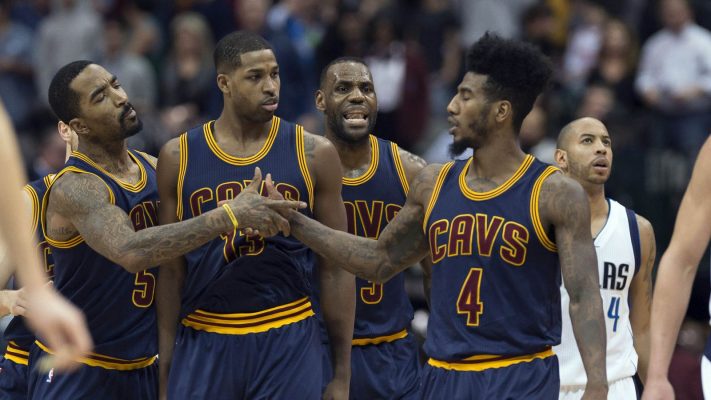 After much speculation about how teams and players would respond to the results of the 2016 presidential election, LeBron James and certain members of the Cleveland Cavaliers are getting ready to make a huge statement.

According to writer Dave McMenamin of ESPN.com, James and a few teammates will not be staying at the Trump SoHo hotel in lower Manhattan when the Cavs come to visit the New York Knicks later this week:

“A group of Cleveland Cavaliers players have been excused from staying at the team’s planned accommodations, the Trump SoHo hotel in lower Manhattan, when the defending champions visit New York City this week to play the New York Knicks, multiple team sources told ESPN.com.”

The Cavs have a contract with the establishment; however, that won’t be enough to get James and company to stay at 46-story luxury building. Despite having a memorable film session at the hotel — one which led to Kevin Love having a fantastic Eastern Conference semifinals — multiple players will not be in the building’s vicinity.

James and fellow starter J.R. Smith were vocal supporters of Democratic nominee Hilary Clinton during her campaign. Although she lost to President-elect Donald Trump, several Cavs players have expressed their dissatisfaction with the election results since.

Veteran Richard Jefferson said on his Snapchat that the Cavs would be the “last team to visit the White House.”

In addition, guard Iman Shumpert, in an in-depth interview with Complex.com, said “I’m not going to the White House,” when asked if he would go to “Trump’s White House.”

The Cavaliers will look to battle the new-look Knicks Wednesday night at Madison Square Garden.