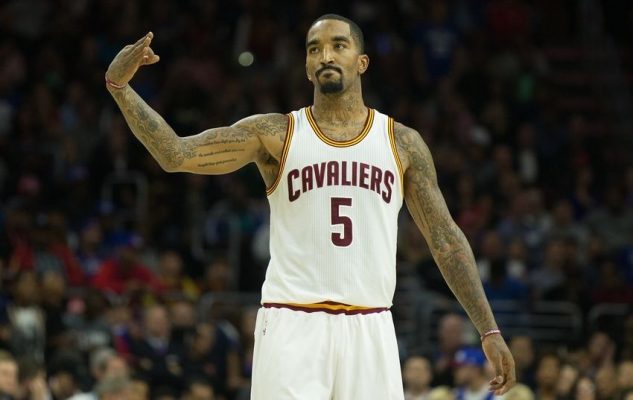 The Cleveland Cavaliers took a beating in Tuesday night’s 118-101 defeat at the hands of the Milwaukee Bucks at the BMO Harris Bradley Center.

The team’s defense could’ve been summed up with one play featuring Cavs shooting guard J.R. Smith.

At the end of the second quarter out of a timeout, Bucks guard Matthew Dellavedova simply dribbled down the length of the court and threw a routine chest pass to a wide-open Tony Snell for the easy layup.

Snell’s defender was supposed to be none other than Smith, who was seen on the sideline dapping up opposing guard Jason Terry on the bench.

After the game, Smith, who was wearing a ski mask and hood to cover his face, proceeded to elaborate on his defensive mishap.

J.R. Smith's response to losing his man on defense while speaking to Jason Terry may be better than the play itself ? (via JasonLloydABJ/Twitter)