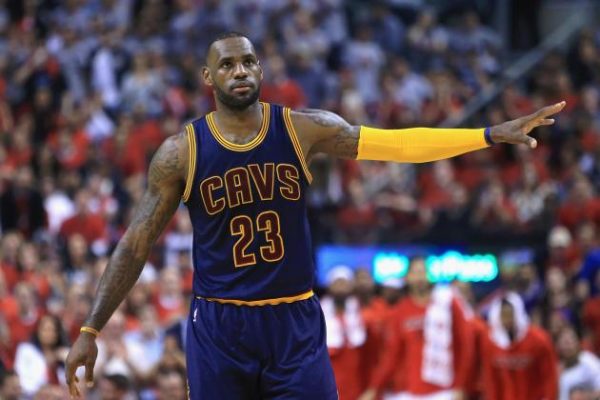 LeBron James wasted no time in firing back at New York Knicks president Phil Jackson Tuesday, for his comments which referred to James and his business associates as a “posse.”

James took exception to the use of the word “posse,” and even went so far as to say that he had lost all respect for the former Los Angeles Lakers coach.

“I had nothing but respect for him as a coach, for what he was able to do obviously at the helm of my favorite player of all-time in MJ (Michael Jordan) and also growing up watching the Lakers,” James said. “But I’ve got nothing for him.”

The four-time MVP responded to an ESPN.com interview that Jackson had with Jackie MacMullan, where Jackson had stated that he believed James demanded preferential treatment while a member of the Miami Heat.

“You can’t hold up the whole team because you and your mom and your posse want to spend an extra night in Cleveland,” Jackson told ESPN.

In his response, the three-time NBA champion indicated that he took exception to the use of the word “posse” because of its racial undertones.

“We see the success that we have but then there is always someone that lets you know how far we still have to go as African-Americans,” said James. “I don’t believe that Phil Jackson would have used that term if he was doing business with someone else and working with another team or if he was working with anybody in sports that was owning a team that wasn’t African-American and had a group of guys around them that didn’t agree with what they did. I don’t think he would have called them a posse. But it just shows how far we have to go. But it won’t stop us from doing what we need to do as a group.”

While James’ business partners are also his longtime friends, they have been extremely influential over the last decade in negotiating deals with both teams and sponsors. Maverick Carter, Rich Paul and Randy Mims are the three biggest names that are associated with James, and the 12-time All-Star clearly feels that Jackson has disrespected the work they’ve done for him and several players throughout the league.

“I’ve tried to put my guys in position to where they can walk in a meeting and go places and they don’t need me because they got to a point where they’ve done their homework, they’ve studied on what they want to do and they can hold a meeting without me because of the respect that have and the knowledge they have,” James said. “That’s just 12 years of hard work and dedication that we put to each other. I know Phil’s in a position of power in our sport, but to criticize me and my guys over that is nonsense.”

James then again reminded everyone of the racial issue that is facing this country, and how comments like Jackson’s only make the struggle facing the country worse.

“We all know that race is a huge thing in our country, in our world,” James said. “It’s easy to down someone. I was a kid, I rode on buses before and was in classrooms before and I get the jokes that go on. But it’s so easy to do that. The hard part is how can you pull someone to the side and help them out and help better their day and tell them ways that they can become better because it’s only for the greater of everybody. So for me, being who I’ve been in my career so far, I’ve done nothing but, if anybody needed advice about the game or wanted to talk about the game, I’ve been nothing but open. But it seems like when my name is involved with other people that’s helped build the game, it’s like, ‘How can we criticize what he does on and off the floor?’ instead of trying to help me.

“If he says it out to the media, you can only imagine what he says when the camera is not on him. Just got a lot more work to do.”

The Cleveland Cavaliers will visit the 10th-place Knicks at Madison Square Garden on Dec. 7.