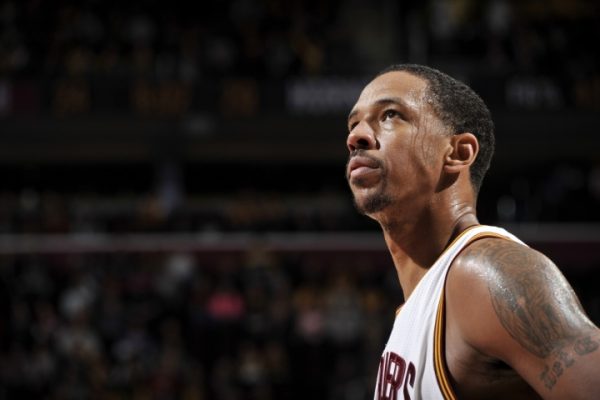 (Cleveland, OH) – Aided by the reserve duo of Channing Frye and Iman Shumpert, the short-handed Cleveland Cavaliers fended off an upset bid by the Charlotte Hornets by coming away with a 100-93 win at Quicken Loans Arena on Sunday afternoon.

The Cavaliers, who improved to 8-1 on the year, were without the services of J.R. Smith, who was held out of the game due to an ankle injury. However, Frye and Shumpert more than helped make up for that absence by combining for 35 points.

The game wasn’t decided until the final few minutes. Leading 94-90 with 90 seconds remaining, Jordan McRae’s floating jumper pushed the advantage up to six for Cleveland, with LeBron James then clinching the game on a three-pointer with 42.6 seconds to go.

“Our second guys gave us a huge boost, especially the way J-Mac (McRae) stepped up,” James said. “It was good for us to be able to close the game out.”

Kevin Love and Kyrie Irving spent most of the fourth quarter on the bench, simply because the reserve unit did so well. Cavs head coach Tyronn Lue was asked about the unconventional lineup and why he didn’t change things when the margin was reduced to four late in the game.

“They built the lead up for us, so I was determined to let those guys finish,” Lue said. “I didn’t think it was fair to bring back Kyrie and Kevin and ask them to bail us out.”

Frye led all scorers with 20 points, followed by James and Irving, who each contributed 19 points to the scoring ledger. James also added eight rebounds and eight assists, while Irving chipped in with four assists of his own.

Love ended the afternoon clash with a double-double on 17 points and 11 rebounds, while Tristan Thompson hauled down 12 boards.

The 14 three-pointers on the day put the Cavaliers in the NBA record books for the most consecutive games in reaching double-digits in three-pointers to start a season.

Frye, who had six threes, spoke about how long-range shooting is a key part of his game.

“I turned a couple down and kind of rushed a couple,” Frye said. “I better make some threes or I’m not going to get my ass off that bench.”

Lue spoke after the game about the unique weapon that Frye provides the team.

“He makes us better because he’s seven feet, can guard other centers and can shoot the three,” Lue said.

The Cavs defense played a part in the 38 percent outside shooting for the game by the Hornets. Those struggles were aggravated by Cleveland swatting away nine shots during the game, including three each from Thompson and Frye.

The Cavaliers had cold-shooting issues of their own during the middle quarters. In the second and third period, Cleveland connected on just 33 percent of their attempts. They definitely missed Smith’s prowess from long-range on the night, hitting on just 19 percent of the 16 shots they put up during that stretch.

That changed during the final quarter, when they were able to boost that shooting percentage for the period up to 52 percent and 50 percent from beyond the three-point line.

At the start, the first seven-plus minutes of the opening quarter saw the two teams essentially trading baskets. However, after trailing 17-16 with 4:28 left in the period, the Cavaliers went on a 16-5 to close out the quarter with a 32-22 advantage.

That lead didn’t last long, when Charlotte roared back with a 12-4 surge in the first three minutes of the second period. The teams then went back to matching each other’s offensive output, with the Hornets eventually heading to halftime holding a 54-52 lead.

Frye took responsibility for some of the problems during that first half.

“I didn’t communicate in the first half, but I got more aggressive after that,” Frye said. “When we play good ball, we’re a hard team to beat.”

Despite his self-criticism, James spoke in the postgame locker room about what makes Frye a quality teammate.

“His intelligence, how he plays the game,” James said. “He doesn’t try to step out of his zone, he just tries to help us win the game.”

The Cavs’ matchup on Tuesday against the Toronto Raptors is set to tip off just after 7 p.m. The Cavs will then head to Indianapolis for a contest against the Pacers on Wednesday.