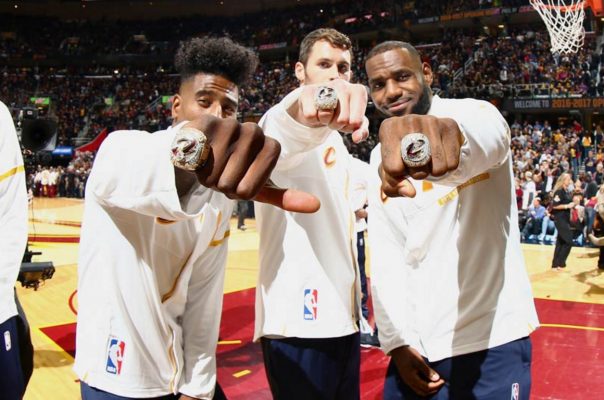 It looks like the Golden State Warriors’ epic collapse in the 2016 NBA Finals will be forever engraved in the Cleveland Cavaliers’ 2016 championship rings.

That’s because Richard Jefferson recently took to Snapchat to show the close-up details of the ring, unveiling on the bottom side that the Cavs had come back down from a 3-1 series deficit to win its first-ever NBA title.

From Kay Jewelers, who designed the rings:

“On the interior side of the ring is a line of seven gemstones to represent the best-of-seven games in an NBA Finals series. In the order the games were won, three white diamonds depict the Golden State Warriors and four genuine ‘wine-colored’ garnets represent the Cavaliers, symbolizing the first time in NBA history that any team has overcome a 3-1 deficit to become NBA Champions.”