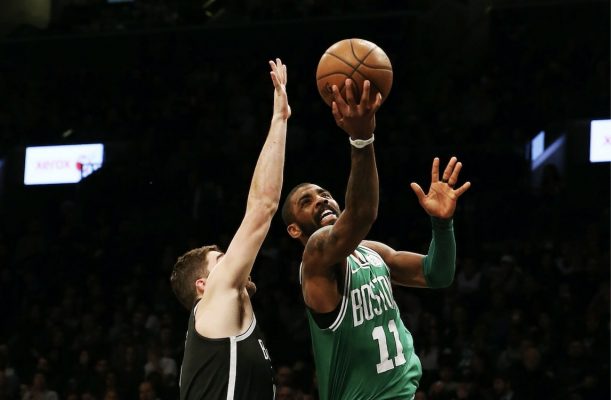 Former Cleveland Cavaliers star Kyrie Irving is now on his third team in four seasons. While he was once known as a quiet young kid who could dazzle on the court, he has more recently become better known for his personality issues.

Now that he has signed with the Brooklyn Nets, fans are wondering if his attitude will improve. If you ask former Cavs swingman Joe Harris, he thinks the general opinion on Irving is somewhat uninformed.

Harris spoke to the New York Post about his new Nets teammate earlier this week at Summer League.

“Kyrie, he’s got a big personality. He’s one of these guys that’s misunderstood. The way that he’s construed in the media is probably going to paint him in a light that is not necessarily true,” Harris said. “I’d say you could ask a lot of people that played with him and they’d all say that he’s a great teammate and a good guy to be around.”

Harris added that Irving has surely made mistakes in the past, but his celebrity status has left those moments as the primary things that fans think of when discussing Irving.

“None of us are perfect all the time,” Harris said. “We’re all going to have ups and downs throughout the course of the season.

Harris played in Cleveland in the 2014-15 and 2015-16 season. He will now be teaming back up with Irving in Brooklyn after enjoying the best statistical season of his career.

It will be fascinating to see if Irving’s mercurial personality follows him to Brooklyn, or if he is ready to become the team leader that he once seemed so determined to become.