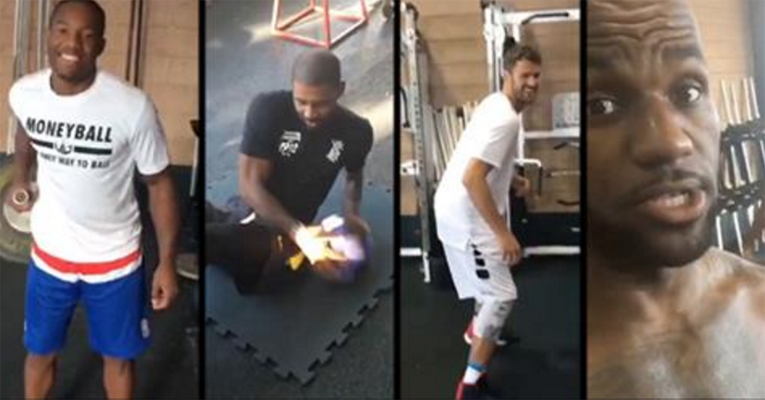 The championship celebration atmosphere in Cleveland has yet to settle down.

Although training camp for the upcoming 2016-2017 NBA season starts next week, the Cleveland Cavaliers appear to still be having a lot fun.

In a few videos uploaded by LeBron James, teammates are shown working out while joking around and spending time with each other.

Several players are in attendance, such as Kyrie Irving, Tristan Thompson and Richard Jefferson, as well as new additions Chris Andersen, Mike Dunleavy and Kay Felder.

One key player who is not there, however, is shooting guard J.R. Smith, who has yet to strike a deal with the Cavs. Training camp is just around the corner and the preseason starts in just a few weeks, but the two parties have been unable to agree on a contract thus far.

On the bright side, backup guard Mo Williams recently announced that he’d be returning for one more year. The 33-year-old will be a good mentor to rookie Felder and a continued veteran presence for a young Cavs team.

Even without Smith in the equation, the Cavaliers look hungry to defend their title this season and get back to business.