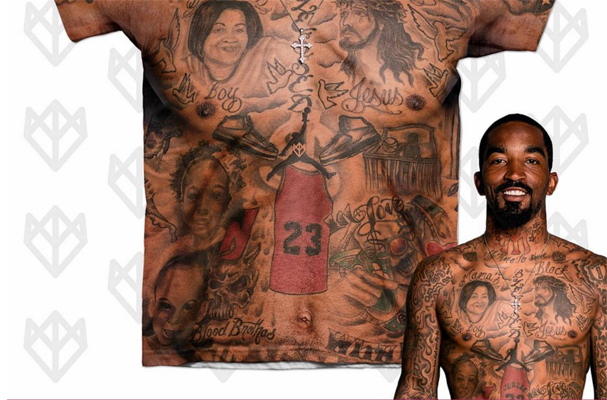 While the wait for free agent J.R. Smith to presumably re-sign with the Cleveland Cavaliers continues, the veteran shooting guard is focusing on a number of off-the-court endeavors this offseason, including getting married and opening a shoe and apparel store in his New Jersey hometown.

Visit teamswish.com now and pick up your t-shirt of my art work Colab with @freshbrewedtees

Smith recently spoke with Jared Zwerling of the National Basketball Players Association (NBPA), going into more detail about the investment. The store, which is known as “Team Swish,” and located in Millstone Township, N.J., involves working in tandem with his father, Earl, a mason contractor, who first conceived the idea 15 years ago. Within the past five years, Earl has helped get everything ready, with the Cavaliers’ title offering an unbeatable marketing component.

While Smith refers to it as “a sneaker store,” they’ll also be selling other merchandise. Yet Smith focuses on the sneaker aspect as the fulfillment of a dream.

“Ever since I was a kid, I always dreamed of having my own sneaker store. When I was growing up, this was when Michael Jordan was in the prime of everything. So a fresh pair of kicks was always everything,” Smith said. “No matter what else you had on, if you had a fresh pair of sneakers on, you were always the freshest guy in school—no matter what your pants looked like, no matter what your shirt looked like, hat, whatever. It was always about the shoes, so I got attached extremely early.”

Smith is also talking about designing a golf shoe to work in his other favorite sport. One more current item that will be available next month will be his Sprayground backpack, which will have a charitable component to it.

“I’m going to donate around 400 of the backpacks to a local New York/New Jersey organization for kids to have,” Smith said. “The backpack design has a lot to do with being different, and I think that sends a strong message to the kids. No matter who you are, just be yourself. Don’t be afraid to be you. That should be good enough.”

Being on a championship team has meant that Smith has had more than his share of recognition over the past two months. While Cavaliers fans haven’t shown great concern that he could leave to play elsewhere, given the lack of any prominent counter-offers, they’ll no doubt rest easier when he’s officially back contending for another NBA championship in the wine and gold.