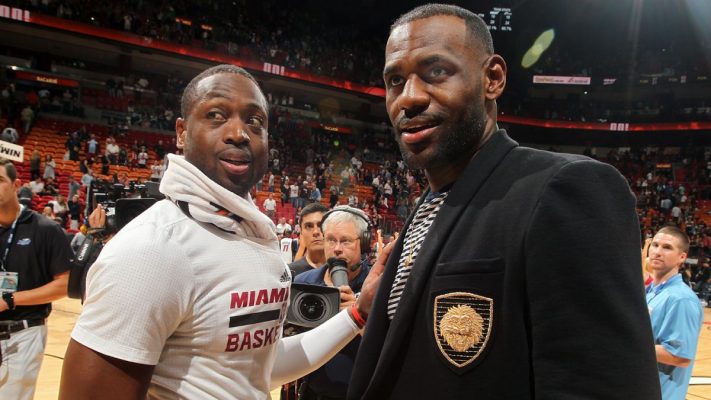 The close friendship between the Cleveland Cavaliers’ LeBron James and the Chicago Bulls’ Dwyane Wade, was forged long before the two future Hall of Famers played together for four seasons with the Miami Heat. James left to return to the Cavaliers in 2014, while Wade ended his 13 seasons with the Heat last month by signing as a free agent with the Bulls.

Wade’s departure was because the Heat wouldn’t offer him $50 million over the next two seasons. That amount was similar to the recently-retired Kobe Bryant’s deal with the Los Angeles Lakers in 2013, when he signed for $48.5 million over two seasons.

That offer never came, which was a source of irritation to James. During the negotiation process, James, Wade and the Los Angeles Clippers’ Chris Paul vacationed together with their wives. Wade recounted to ESPN some of the conversations that he had with James and Paul during that time.

“They wanted to hear from me what I was thinking,” Wade said. “They were in disbelief that I didn’t have any deal that I wanted. Bron always said when we was in Miami, ‘D-Wade is going to be like Kobe. He’s going to get that Kobe deal.’ So I think their disbelief was, ‘Why are you even a free agent? You shouldn’t even be.’”

When James left the Heat in 2014, he was reportedly annoyed by Heat president Pat Riley’s challenge that he’d be walking away from the Heat by signing elsewhere. James was also critical of the franchise’s apparent unwillingness to deficit spend in order to win another NBA title.

Despite that departure, the friendship between the two has remained strong in the two subsequent years, with Wade showing up for Game 7 of the NBA Finals to root for his close friend. James’ late heroics in that game helped the Cavs capture their first NBA title and he was named Finals MVP for the third time in his storied career.