New Theory Says Wade Signs with Nuggets, Then Gets Traded to Cavs in December 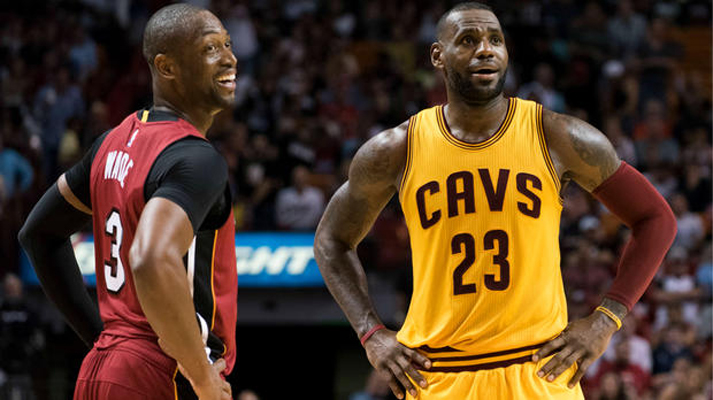 Even if Miami Heat icon Dwyane Wade doesn’t sign with the Cleveland Cavaliers come free agency, there’s one theory floating around saying that the three-time NBA champion could take a two-year, $50+ million deal with the Denver Nuggets just to be traded to the Cavs in December.

Dan Le Batard of ESPN also gave his take on the Wade-to-Denver theory, saying that superstar LeBron James would be playing a major part in the deal:

“James, who reportedly has a lifetime deal from Nike worth $1 billion, could take a tiny deal to make room for his friend. Or, because he runs the joint in Cleveland, he could work behind the scenes to get his friend money from Denver or Milwaukee with the understanding that Cleveland will trade for Wade on Dec. 15. Collusion? Yeah, whatever. Backroom dealing brought James to Miami and how he left. Or the possibility of all this pressures Miami into trading someone to make room and overspend on Wade. LeBron James, still haunting Miami from the beyond.”

At the moment, the most the Cavs could pay Wade is $3.5 million through a mid-level exception. However, Wade has stated that he won’t be taking anything less than a two-year, $50+ million deal, which the Heat have yet to offer him.

We’ll see how this all pans out, but at the moment it would be shocking to see Wade leave a team he’s played the past 13 years for.