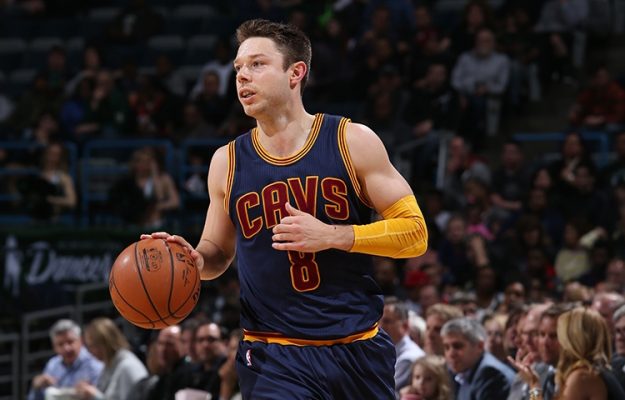 Matthew Dellavedova has impressed NBA scouts for the past two seasons and had contributed heavily to two consecutive NBA Finals runs for the Cleveland Cavaliers before becoming a restricted free agent this offseason.

And now, because of his impressive play on the court, Dellavedova has agreed in principle to a four-year, $38 million contract with the Milwaukee Bucks, according to ESPN’s Zach Lowe.

Because of his restricted free-agent status, the Cavs will have the ability to match the Bucks’ offer within three days once the moratorium period ends on July 7.

Dellavedova averaged 7.5 points per game, 4.4 assists and 2.1 rebounds in 76 games played for the Cavs last season. He also appeared in 20 games during this season’s championship run for Cleveland.

The 25-year-old point guard has spent his entire career with the Cavs organization, signing as an undrafted free agent before the 2013-14 season.

Dellavedova is known for his defensive ability and full throttle intensity at all times. His play has sometimes earned him a reputation as a dirty player.

With Mo Williams under contract for $2.1 million for another season at the backup point guard position, it is unclear whether the Cavs are willing to match the offer sheet at this point.