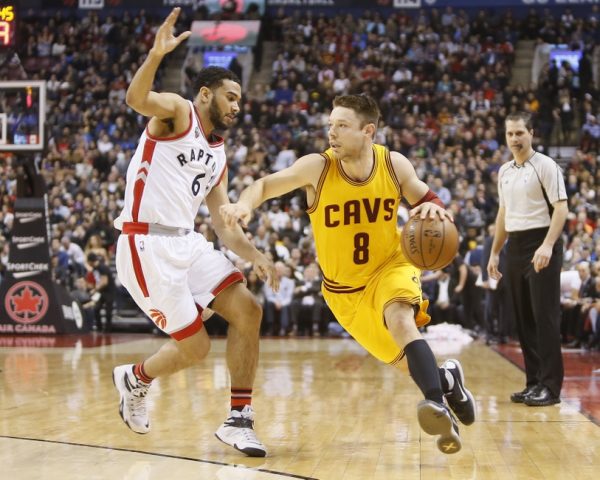 With the Cleveland Cavaliers looking to boost their current 2-0 advantage over the Toronto Raptors to virtually unbeatable status on Saturday night, the status of reserve guard Matthew Dellavedova for that game remains questionable, due to the sprained ankle he suffered in the team’s 108-89 victory in Game 2 on Thursday night.

“It’s just how he feels,” Lue said. “What the training staff says is most important to me. I’m not a medical guy. If he says he can go, he can go.”

Dellavedova injured the ankle in the fourth quarter of Thursday’s game while dishing an assist to teammate Richard Jefferson. After the game, Lue said that Dellavedova didn’t express much concern about the injury.

“I talked to him when he first came out of the game and he said it was a little tweak, but he was OK,” Lue said.

If Dellavedova is unable to play, veteran guard Mo Williams will take his place in the lineup. Williams previously played in place of then-injured fellow guard Kyrie Irving at the start of the year, but has seen minimal action since Irving returned on December 20.

The Cavaliers will stay in Toronto for Monday night’s Game 4, which could potentially be a sweep situation should they win on Saturday.