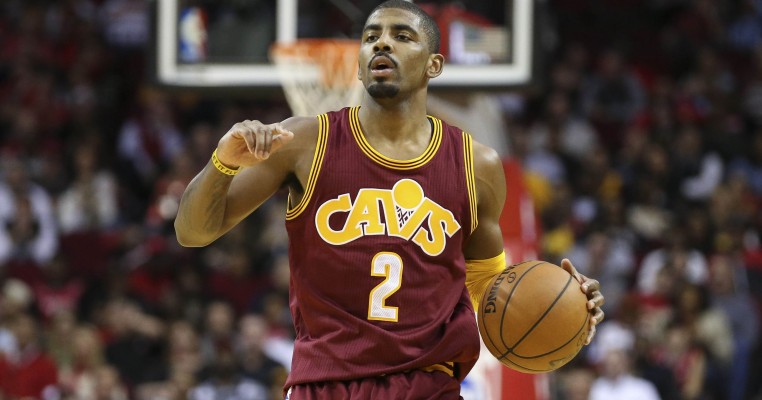 LeBron James’ legacy continues to grow with each passing season. His ability to carry a team both on and off the court has been well documented throughout his career.

But out of all the accolades and accomplishments, the biggest lesson James has taught the collective NBA world is that nobody is good enough to win alone and that every good hero needs a great sidekick.

Magic Johnson had Kareem Abdul-Jabaar. Michael Jordan had Scottie Pippen. Batman had Robin. Sherlock Holmes had John Watson. This is the natural order of the world.

Last season, James went up against the Warriors in the 2015 NBA Finals without a sidekick. The result? He averaged 35.8 points, 13.6 rebounds and 8.8 assists and still returned to Cleveland with no ring.

This year, the onus is on Kyrie Irving to fill that void and help deliver a Larry O’Brien trophy.

And make no mistake, Irving is more than capable. He proved in last year’s playoffs that he has the ability to become the beta to James’ alpha. In just 13 playoff games, Irving averaged 19 points per game while shooting 45-percent from behind the arc. He also stepped up on the defensive end of the court, improving his defensive rating to 104 in that time.

Both components would have vastly helped the Cleveland Cavaliers in the final three games of the 2015 finals, as the Cavs shot a dismal 25-percent from 3-point and watched Steph Curry torch their defense for 88 points in three games.

This year, after missing 24 games due to injury to start the season, Irving has been inconsistent in his play and has faced several criticisms, both on and off the court.

Recently, Irving has been criticized for his defense and passing on the court, while having questions raised about his loyalty to the Cavaliers off the court.

But controversies aside, a look at Kyrie’s stats show his steady improvement over the season and a consistency in his per-minute production that bodes well for the playoffs, when starters’ minutes see an increase.

Since the beginning of February, Irving’s true-shooting percentage (a statistic that measures a player’s efficiency in shooting to include field-goal percentage, free-throw percentage and 3-point percentage) has spiked up to nearly 60 percent, which would be a career-high.

Also, Irving has seen a reduction in nightly minutes this season, which could explain some of the drops in his statistics from earlier games. Irving is averaging just 31 minutes per night, the lowest total since his rookie campaign.

Looking at his per-36 minute stats, Irving is averaging more points, assists and rebounds than last season.

All these signs indicate that Irving is rounding into playoff form. With an increase in minutes once the playoffs begin, Irving’s numbers are set to return to normal. And this is great news for Cavalier fans, as normal Kyrie Irving is a perennial All-Star.

While LeBron James is still arguably the greatest player on the planet, even a 35-14-9 stat line every night will not bring him, or Cleveland, any closer to a championship. If James wants to bring a title back to Cleveland, he needs Irving.

A 2016 NBA Championship would likely solidify James’ place as Cleveland’s most accomplished and beloved athlete, but that ceremony won’t begin unless Irving takes on his role as ring bearer.

But if Irving can become that legendary sidekick, you’ll want to save the date.

The NBA Finals begin on June 2.