Jason Lloyd: Cavaliers Have No Reason to Trade Timofey Mozgov 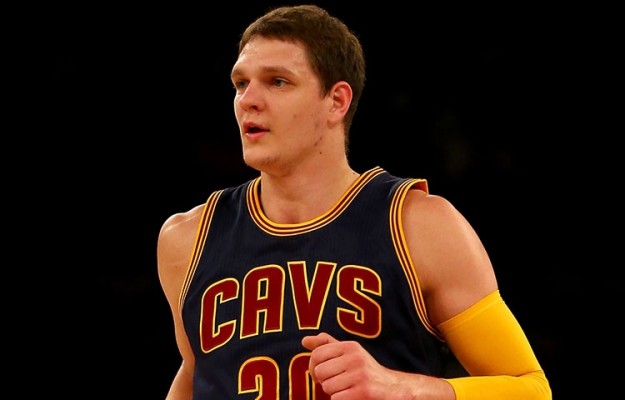 Teams are interested in acquiring Timofey Mozgov through trade, but that doesn’t mean the Cleveland Cavaliers share a mutual interest.

Jason Lloyd of the Akron Beacon Journal states that although there is in interest in Mozgov through the trade market, the Cavaliers would have nothing to gain from trading the center. Lloyd cites a reason being that there aren’t any centers on the market that would be able to replace Mozgov:

“The only reasonable excuses to trade him would be to unload money or to go the opposite direction and secure an asset to pair with their $10.5 million trade exception. Right now, the Cavs have little value to attach to it that would attract other teams. Trading Mozgov might bring the asset necessary to go get another center, but who?”

As stated by Lloyd, the Cavs could unload money by trading Mozgov, but owner Dan Gilbert has already made it clear that he is all-in when it comes to winning a championship this season. While Mozgov is now a member of the bench, who is to say he won’t be re-inserted into the starting lineup if Tristan Thompson falters down the road?

The Cavaliers have been playing well as of late, with Kyrie Irving starting to look like the Irving of old in recent games. While Mozgov has seen minimal playing time over that stretch—he’s averaging just 15.6 minutes per game over the past 10 contests—he still remains a valuable piece as the Cavaliers have constantly struggled with injuries over the past year.

Lloyd also brings up just how unbeatable the Cavs have been since they acquired Mozgov midway through last season:

“Saturday is (was) the first anniversary of the first game Mozgov played for the Cavs. In that time, they are 59-21 — a .738 winning percentage. The roster needed a midseason renovation last year, but not now.”

If the Cavs hope to win a championship this year, they’ll have to try to get through Western Conference powerhouses such as the Golden State Warriors or San Antonio Spurs.

The Cavaliers need all of the depth they can get for that playoff run, making Mozgov a valuable asset when the postseason rolls around.