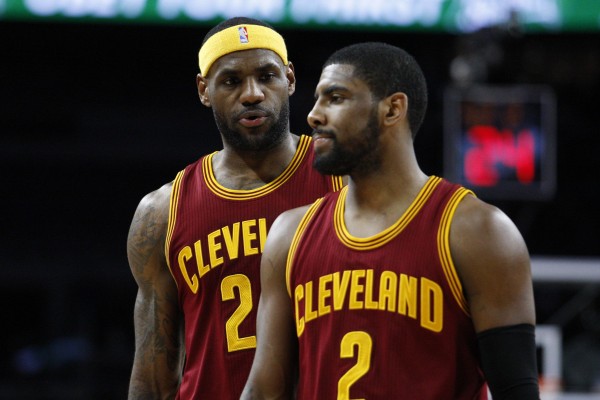 Cleveland Cavaliers’ point guard Kyrie Irving appears to be well on his way to returning as one of the NBA’s elite players with news that he reportedly “destroyed” teammate LeBron James during a unique one-on-one competition after Saturday’s shootaround.

The information, which was reported by Dave McMenamin of ESPN, came from a source within the team who used the expressive term to describe the battle. Given the size difference between the two, the competition was limited to one dribble and ended after one player scored three baskets.

In reality, the matchup ended up even at two games apiece, but James was forced to make a comeback after Irving proved to be a deadly outside shooter.

Cavaliers’ head coach David Blatt gave no indication exactly when Irving would play again, but said after Saturday’s night’s win over the Atlanta Hawks that he’s seen progress within the past few days:

“He has advanced to running plays 5-on-0. He’s doing some light 1-on-1 contact drills. He’s certainly taking some steps forward,” commented Blatt.

“I think it sort of tells you that he’s getting closer and closer. He recognizes that his time is coming,” remarked Blatt. “He feels more a part of it.”

While original estimates had Irving not returning until sometime in January, he could conceivably make it back by the middle of next month.