Video: Jordan Clarkson Gets Ejected for Altercation at End of Cavs-76ers Game 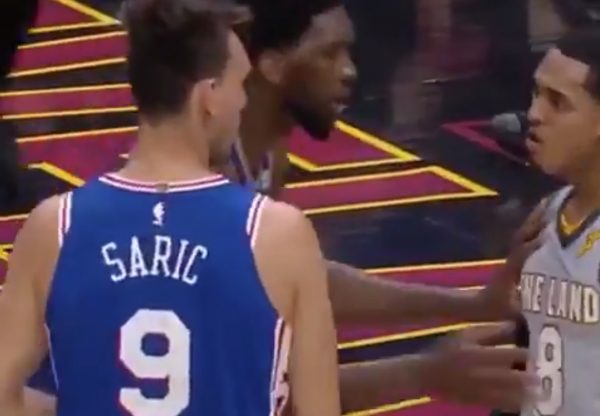 The Cleveland Cavaliers lacked intensity all night in Thursday night’s loss to the Philadelphia 76ers. With the game winding down, however, Jordan Clarkson flashed quite a bit of intensity when he threw the ball at 76ers forward Dario Saric’s back and was subsequently ejected from the game.

The incident occurred after Saric completed a garbage-time dunk with 12.2 seconds left in the game to push his team’s lead to 107-97.

Jordan Clarkson wasn’t having it ? pic.twitter.com/ZN3MO01gyX

LeBron James quickly stepped in between the two players and tensions rose between both teams as boos rang out from the disappointed Quicken Loans Arena crowd.

J.J. Redick went on to shoot the technical free throw moments later to give the 76ers a 108-97 lead, which would end up being the final score.

Clarkson and the Cavs will look to bounce back from the loss on Saturday when they host the Denver Nuggets.