LeBron James Says He Has ‘Nightmares’ About 2015 Finals Loss 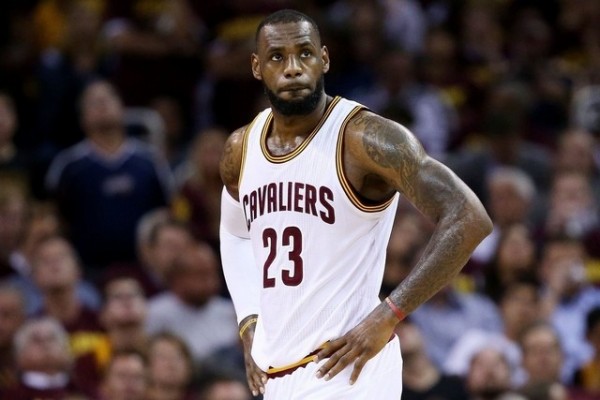 After the Cleveland Cavaliers recently re-signed superstar forward LeBron James to a two-year deal worth $46.97 million, the team will look to reach the NBA Finals for a second straight season in their pursuit of the franchise’s first Larry O’Brien trophy.

An injury-riddled playoff run came to a bitter end in a 4-2 series loss in the 2015 NBA Finals to the Golden State Warriors, despite an incredible series effort from James to give his team a fighting chance, averaging 35.8 points, 13.3 rebounds and 8.8 assists in a whopping 45.8 minutes per game.

The loss was obviously quite painful for James, who suffered his fourth series defeat in six NBA Finals appearances, as the 11-time All-Star spoke on SiriusXM’s Bleacher Report Radio on Sunday about coping with the loss and what his views are from the NBA offseason so far.

James also went into even more detail about the “nightmares” he gets then and again with respect to the heartbreaking 4-2 loss to the Warriors.

“I guess there’s nightmares now about situations throughout the games that’s always replaying in my head,” James said. “It’s definitely difficult, you know I’m getting better every day, but you know it takes quite a while for me to get out of the funk.”

The four-time MVP also commented about the “what if” factor that plagued the Cavs during the Finals, as star point guard Kyrie Irving missed all but Game 1 of the Finals and power forward Kevin Love missed the remainder of the playoffs after Game 4 of the first round against the Boston Celtics.

“It still doesn’t guarantee you a championship if all guys are healthy, but obviously it would’ve gave us a better chance,” James said. “That’s obvious. I think we all can understand that that’s obvious. If we had our two All-Stars in the lineup it gives us a better shot. Does it say we’re gonna win the championship? Does not. You’ve still got to go out on the floor and play the game, but it definitely gives us a much better shot than we had.”

James, who was a member of the Miami Heat for four seasons before returning to the Cavs, was very impressed with the progress of his former team this offseason and is excited to compete in an improved Eastern Conference.

“The landscape continues to change every year,” James said. “I think Miami is doing some great things. They drafted the kid out of Duke, Justise (Winslow), I think he’s going to be a really good player. They’ve added some big pieces, they signed Amar’e (Stoudemire) and Gerald Green is a big piece coming from Phoenix. The re-signing of (Goran) Dragic, CB (Chris Bosh) coming back off of injury and getting D-Wade (Dwyane Wade) back, they’re going to be a contender.

“So many teams got better, some teams that were good last year kind of will fall off because they lost some pieces to their team, but you see it every single year: teams come, teams go,” James said. “I’ve been fortunate enough to be on teams where we give ourselves a chance every year, so I’m very blessed and honored to be a part of that.”

Audio clips from James’ interview with Bleacher Report Radio on SoundCloud can be listened to here.