Is Tristan Thompson Worth a Max Contract? 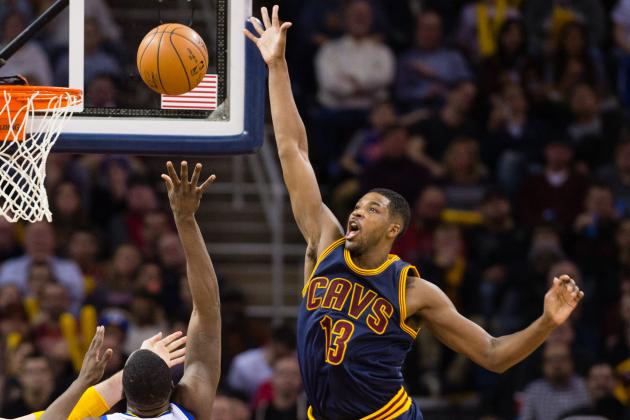 The NBA free agency period has officially begun, and there have been reports that young free-agent forward Tristan Thompson and the Cleveland Cavaliers are far apart on contract negotiations.

The 24-year-old spent most of the season coming off the bench for the Cavs, but was thrust into the starting lineup after Kevin Love had his arm ripped out of its socket by Kelly Olynyk.

Thompson embraced the opportunity and dominated the offensive glass for the Cavs, helping the team reach their first NBA Finals since 2007.

Against the Cavs the Hawks averaged only 9.25 points in transition while the Warriors averaged just 12.66 points in transition. Thompson’s ability to crash the offensive boards and force both opponents to keep more players back to box out and rebound was a major benefit to the depleted Cavs.

As a player, Thompson is a solid post defender if a bit undersized. His biggest asset is his ability to switch on the pick-and-roll against smaller guards and forwards. Thompson helped the Cavs adapt from an offensive juggernaut to a staunch defensive force with his insertion into the starting lineup.

Unfortunately Thompson is severely limited on the offensive side of the ball. His jumper is almost non-existent, and a majority of his points come on putbacks, layups, and alley-oops, making Thompson almost entirely reliant on other players to manufacture points.

In a completely neutral situation, a player of Thompson’s caliber would make somewhere between $8-10 million per year; Amir Johnson is an accurate comparison.

Soon after the playoffs, it was reported that Thompson and his agent were looking for a max contract, similar to what Kyrie Irving received from the Cavs last offseason.

With Thompson’s status as a restricted free agent, the Cavs would normally hold the leverage in contract negotiations, but Thompson’s agent and his relationship with James has flipped that power dynamic.

It was widely speculated that James’ return to Cleveland came along with a “wink wink” agreement to take care of Thompson when the time came. If the Cavs decide to play hardball with Thompson, they run the risk of getting on Rich Paul’s bad side, and by association, LeBron’s bad side.

Furthermore, if the Cavs retain both James and Kevin Love, as is expected, then they will be well over the NBA salary cap which puts them in in a precarious position.

Even if they don’t re-sign Thompson, the Cavs will be so cap strapped that they would not be able to sign another a free agent not associated with the team without using its mid-level exception. It’s either pay Thompson, or get nothing in return for his absence.

So is Tristan Thompson deserving of a max contract? Probably not. Will he receive one? Most likely. Will it pay off for the Cavs? We will just have to wait and see.