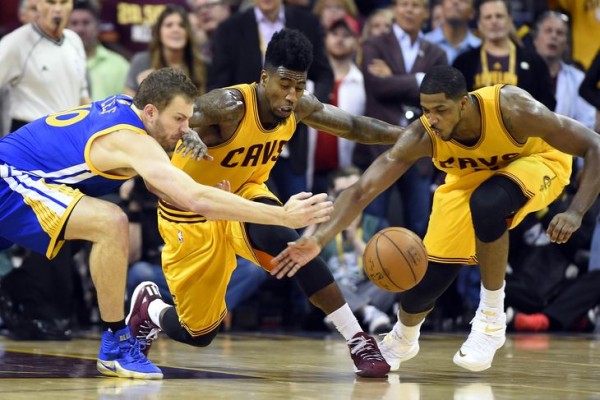 Three more expected moves by the Cleveland Cavaliers were confirmed on Tuesday with news reported by the Cleveland Plain Dealer of qualifying offers being extended to the trio of Tristan Thompson, Iman Shumpert and Matthew Dellavedova.

All three are now restricted free agents, with Cleveland having the option to match any outside offer the players receive. The qualifying offers were a simple, but necessary move, since the three would have become free agents had the Cavaliers failed to make these offers.

Thompson’s contract negotiations will be the most expensive for the Cavs. That’s due to the fact that Thompson turned down a reported $52 million for four years prior to the start of the season. A strong season, bolstered even more by impressive performances in the postseason figures to increase the amount offered substantially.

Shumpert averaged 7.2 points in 38 regular season games with the Cavaliers after being part of a January 5 trade that also involved J.R. Smith. Shumpert then slightly moved up that scoring to 9.1 points per game in the playoffs. He also provided solid defense throughout the year, with some estimates of his salary for next season tripling that of the $2.616 million he made this past year.

Dellavedova was completing a two-year contract that he signed as an undrafted free agent in 2013. Last season, he was a reserve point guard who played in 67 games and averaged 4.8 points. In 20 playoff games, he was forced to play much more due to continuing injuries to Kyrie Irving, averaging 7.2 points and nearly 25 minutes per contest.

After the season had concluded, Cleveland general manager David Griffin had indicated that he would be extending the offers.

Earlier this season, a blistering report detailed the complaints that unnamed Cleveland Cavaliers veterans had about head coach John...