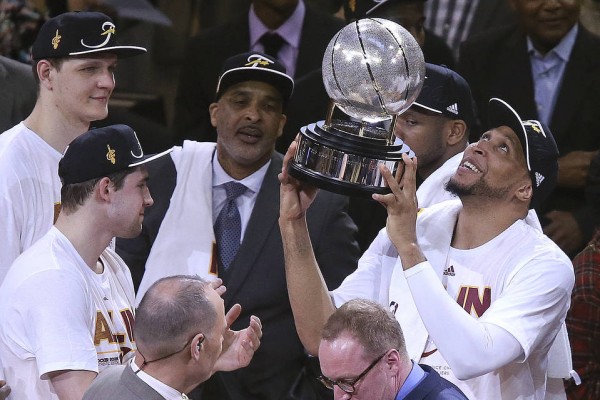 Cleveland Cavaliers small forward Shawn Marion, a 16-year NBA veteran and four-time All-Star selection, told ESPN.com in a text message on Thursday that he will officially retire this offseason.

Marion, who found himself out of head coach David Blatt‘s rotation for most of the playoffs and did not play a single minute during the 2015 NBA Finals, originally hinted of his plans to retire at the end of the 2014-15 season in a January interview with the Arizona Republic.

“I wanted to go out on my terms,” Marion told the newspaper. “The biggest thing is having a son. I got attached to him. Seeing him periodically is hard. Watching him grow up on pictures and videos is hard.”

Known widely around the league to NBA fans for his unorthodox shooting motion, Marion’s most memorable season came during the 2010-11 campaign when the Dallas Mavericks defeated the Miami Heat in the NBA Finals in six games. The upset of the Heat brought a bitter end to LeBron James‘ first season in Miami with All-Stars Dwyane Wade and Chris Bosh.

His most memorable play as a Cavalier came in the last game of the regular season in Cleveland’s 113-108 overtime victory over the Washington Wizards at Quicken Loans Arena on April 15th, as Marion stole the ball from Wizards forward Martell Webster and threw down a slam dunk at the other end of the floor to preserve the victory. It was the Cavs’ last basket of the regular season, as Marion’s teammates mobbed him in celebration after the game.

“It was kind of fitting,” said coach Blatt after the game. “They love the guy. To make a play like that at the end of the game, whether it was an important game or not, just shows you what kind of special quality that guy has. That was very, very nice.”