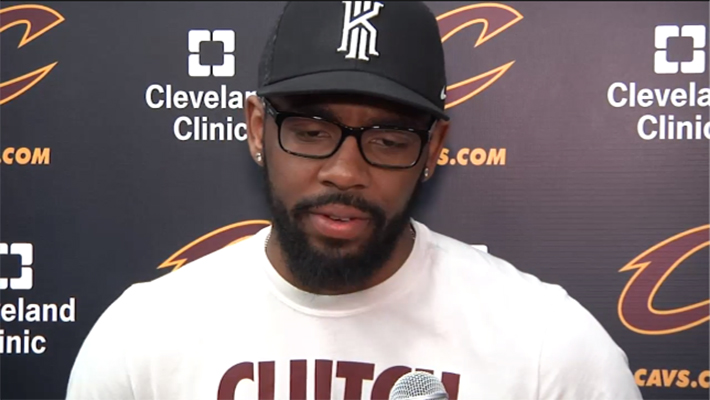 With Game 1 of the NBA Finals against the Golden State Warriors just days away, Cleveland Cavaliers’ guard Kyrie Irving has indicated that “unless something miraculous happens,” he wouldn’t be 100 percent for that game, despite seeing only limited action in one game over the previous 12 days.

Kyrie says won’t be 100 percent “unless something miraculous happens”

Irving practiced with the team on Sunday, but Cleveland head coach David Blatt stated that the guard still hasn’t returned to his pre-injury level of ability.

“We’re hoping to help him to come into the series in the best possible way,” Blatt said, “He’s still not where he was prior to his foot and knee issues. Slowly but surely he’s making some progress.”

The status of Irving’s health has been a lingering issue for the Cavaliers during much of the postseason. During the sweep of the Atlanta Hawks, he scored 10 points in 27 minutes in the opening victory on May 21 before then sitting out the next two contests with knee tendinitis. He returned to score 16 points in 22 minutes of action for the sweep on May 27.

Blatt’s comments were in contrast to Irving’s sunnier outlook last Friday that indicated he’d be ready to play. “I’m in a good spot right now,” Irving said. “I’m really happy, especially where I am … I’ll be ready to go.”

While Irving’s health won’t be at its peak, teammate LeBron James is confident that his mere presence on the court will serve as a boost to the Cavaliers, saying, “Kyrie at 50 percent, Kyrie at 60 percent is better than [no] Kyrie at all.” James added, “For him to come back and just give us that boost in front of our home fans, I think it was all the more why we were able to close that series out.”

Game 1 gets underway on Thursday night at Oracle Arena in Oakland, with tipoff scheduled for just after 9 p.m. ET.