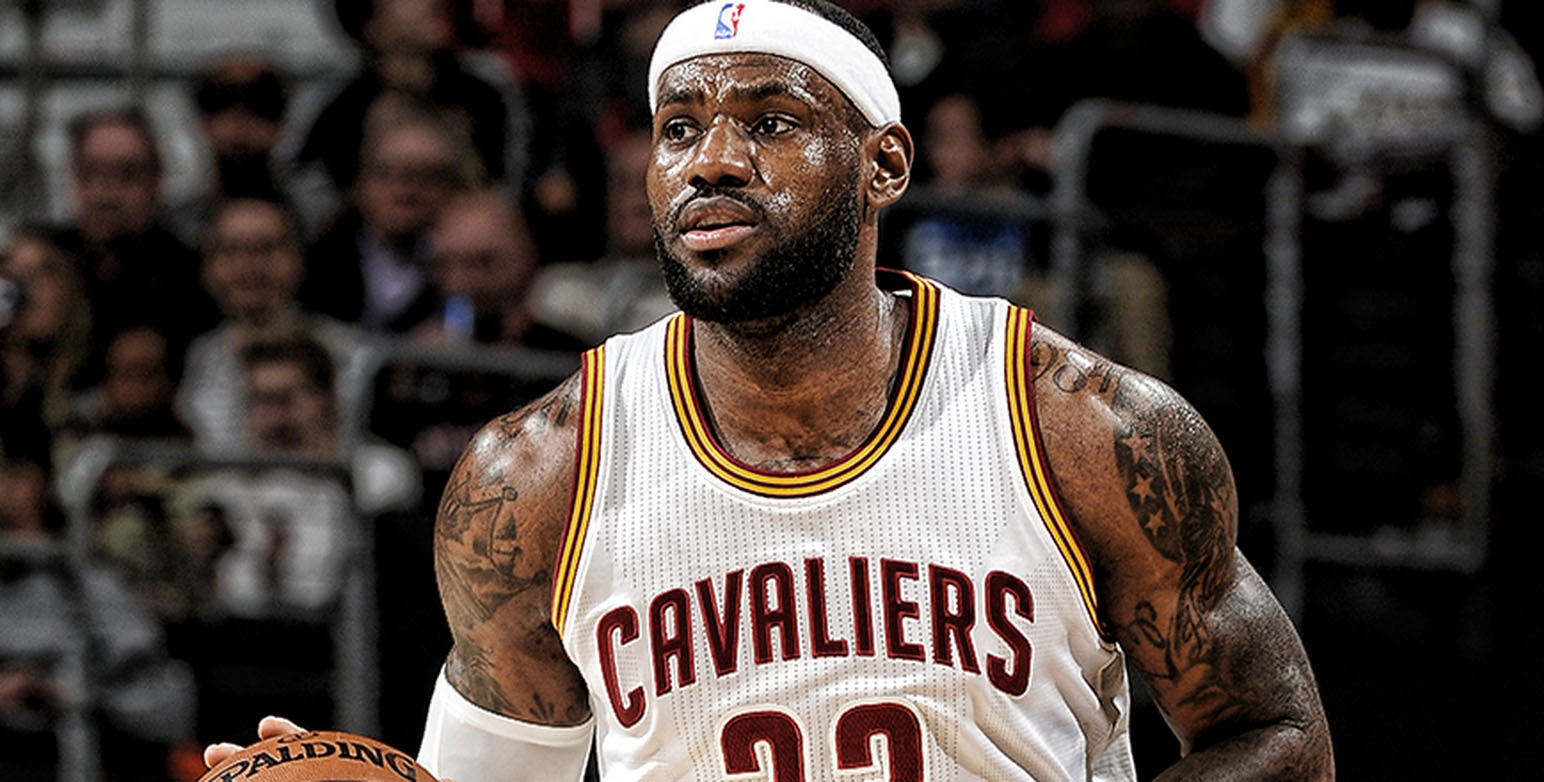 (Cleveland, OH) — Two free throws from Kyrie Irving with 3.8 seconds to play capped a dramatic fourth quarter comeback for the Cleveland Cavaliers as they defeated the Toronto Raptors for the second time in five days, winning 105-101 on Tuesday night at Quicken Loans Arena.

Toronto’s 39-game streak of winning after leading through three quarters came to an end as Cleveland put together a 20-6 run over the final 8:37 to win it.

The game’s wild final minute saw LeBron James, who finished with 35 points, give the Cavaliers their first lead since the opening quarter by hitting a three from the top of the key to make it 102-99 with 48.1 seconds to play.

James’ basket had been set up by an Irving steal, which led to a three-point attempt from Matthew Dellavedova. That attempt missed, but Tristan Thompson got the rebound, threw it to Kevin Love, who then passed it to James.

Then, after Toronto’s Kyle Lowry missed a jumper with 25.5 seconds left, the Cavs got the ball back. With 14.4 seconds left, Lowry effectively body slammed James Jones with a foul away from the ball, which put James on the line for a free throw to make it 103-99.

Still holding possession, Cleveland was whistled for a five-second inbound violation, which sliced the margin in half on a dunk by Ross with 4.2 seconds to play. Irving was then fouled and clinched the game.

Prior to that final minute, the comeback had begun with the Cavaliers trailing 95-85 at the 8:37 mark. Thompson’s free throw with 7:51 began the run, with the Cavs chipping the deficit to five at 95-90 with 6:35 left. After a Raptor basket, James hit a running jumper, Love hit a pair of free throws and then nailed a three from the left corner to tie the game at 97 with 3:50 to go.

Patrick Patterson’s jumper 18 seconds later gave Toronto the lead back, but with 1:56 remaining, a pair of James free throws knotted the score at 99 apiece. That set the stage for the drama at the end.

Cleveland Head Coach David Blatt said about James after the game, “He was there for us throughout the game. In the bad moments, that kept us from losing our way.”

One of the unsung heroes of the game was Dellavedova, whose statistical numbers (six points, five assists, three rebounds) weren’t necessarily notable, but his efforts were noted after the game by Blatt and his teammates.

“I think he really helps the guys around him play properly,” said Blatt about Dellavedova, while Irving added, “His being out there makes my job a lot easier.” Finally, Dion Waiters commented, “He does all the little things, all the dirty work.”

The contrast in Cleveland’s defensive effort can be seen from these numbers: Toronto shot 65 percent from the field in the first half, but under 30 percent in the final quarter; through the first three quarters, the Raptors tallied 50 points in the paint, but only had four in the fourth; finally, the Atlantic Division leaders didn’t reach the foul line during the final quarter.

James said after the contest, “We dug down defensively. The way we responded to adversity is going to help us in the long run.”

Irving concurred, saying, “We didn’t start the game how we wanted, but we locked in during the fourth quarter.”

Blatt said about the Toronto’s first half performance, “We just couldn’t stop them. They were nothing short of great in the first half.” However, Blatt complimented the Cavs’ defense down the stretch, saying, “In the fourth quarter, we amped up our defensive basketball.”

At the start of the game, the Cavaliers had a trio of early four-point leads, the first saw the Raptors charge back to tie the game at six apiece. Cleveland then led twice more by four before Toronto put together an 11-2 run that gave them a 24-18 lead with 3:35 left in the quarter.

Waiters was the only member of the team to score in the final four minutes of the first period, sandwiching a turnaround jumper with a pair of threes. The latter came with 47.9 seconds remaining and reduced the Cavaliers’ deficit to five at 31-26.

James Johnson would score with just over 30 seconds to go to give the Raptors a 33-26 lead after the opening 12 minutes of action.

Early in quarter number two, Toronto maintained that margin after another Johnson basket, but consecutive threes from Irving and Dellavedova quickly chopped the Cavs’ deficit to a single point at 35-34 with 10:09 remaining before halftime.

Once again, the Raptors quickly took control with a 10-2 run that made it 49-36 with 8:46 to play. What followed over the next few minutes was a trading of baskets that got Cleveland no closer.

After Love tipped in a basket with under four minutes left before intermission that made it 53-46, each team experienced offensive surges. The Raptors ran off six straight points to take their biggest lead of the half at 59-46, only to watch the Cavaliers score six unanswered points of their own. The last came on a thundering Thompson dunk with 1:37 left.

With Toronto leading by 10 in the final half minute of the quarter, James connected on a hook shot to give him 16 for the half with the Cavs trailing 63-55.

The second half began slowly, with each team only managing a single field goal in the first three minutes. The latter was a jump hook from Love that made it 65-57, but the Raptors again pushed forward by scoring eight of the next 10 points for a 73-59 advantage with 7:47 to go in the stanza.

Through most of the third quarter, the Cavaliers twice got the deficit into single digits, but only for a short period of time as Toronto continued to score in the paint. In the final minute, James hit a pair of free throws and Irving notched a layup with 8.9 seconds to go to make it 88-81 in favor of the Raptors after three quarters.

The victory marked the eighth straight victory for the Cavs, who improved to 13-7 on the year, while the Raptors dropped to 16-6.

The Cavaliers get a day off on Wednesday, but begin another back-to-back stretch with a game at Oklahoma City on Thursday night, followed by a trip to face the New Orleans Pelicans on Friday. The Thursday game will be shown nationally on TNT beginning at 8 p.m. ET.