Kyrie Irving’s reasoning for not playing tonight vs. 76ers: ‘I just didn’t want to play’ 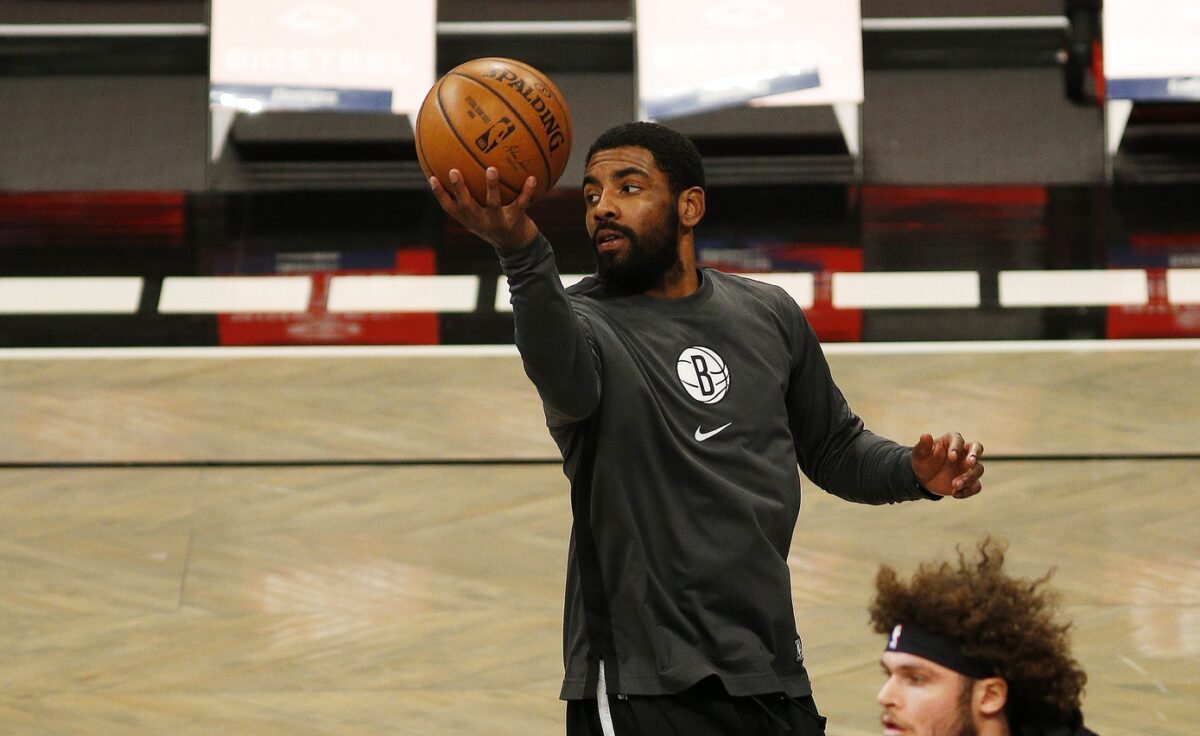 The Brooklyn Nets are without superstar guard Kyrie Irving tonight in their matchup against the Philadelphia 76ers.

It was an unexpected absence, and when asked for the reason why he didn’t suit up, the former Cleveland Cavalier gave a blunt response.

Kyrie Irving’s reasoning for not playing in tonight’s game per a close source: “I just didn’t want to play.”

Irving has been on fire to start the 2020-21 season, as he’s averaging 27.1 points a game and shooting very well from the field.

However, the Nets are just 4-4, as they have endured some tough, close losses.

They are also without Kevin Durant tonight, who has been unable to play due to having to quarantine per the NBA’s health and safety protocol.

Even without their two superstars, the Nets came out strong against the red-hot Sixers, as they forged a 10-point lead at the end of three quarters of play.