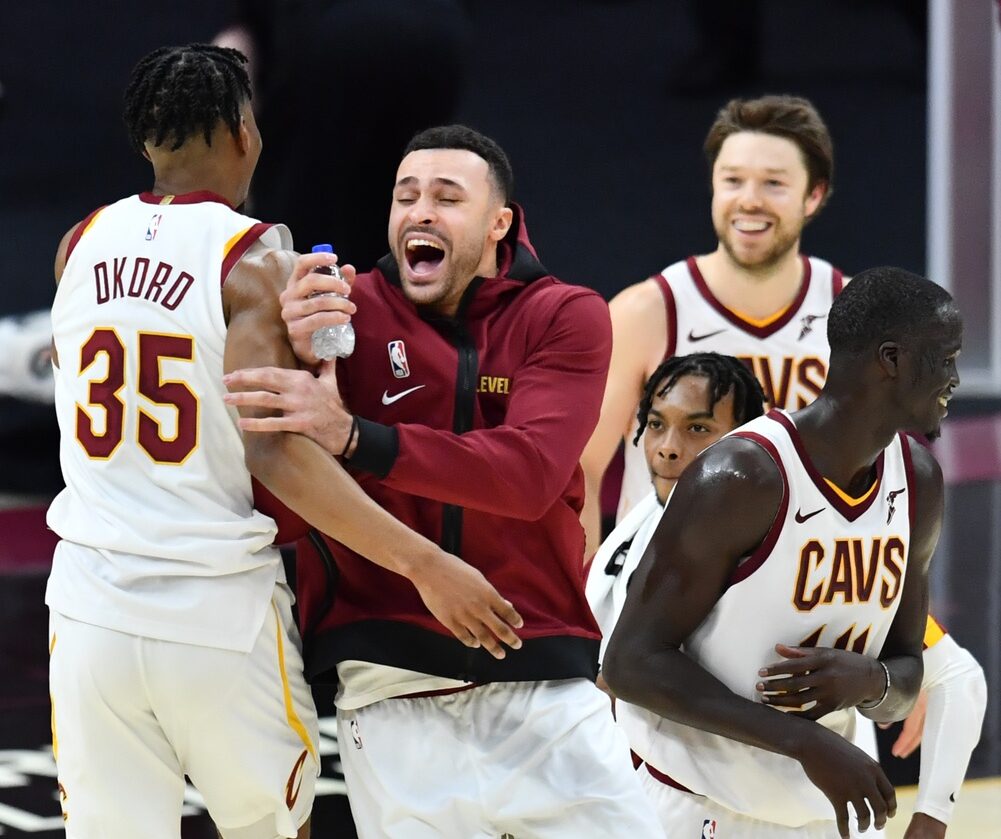 The Cleveland Cavaliers have a ton of faith in rookie Isaac Okoro.

As a matter of fact, Cavs big man Larry Nance Jr. recently shared that the team is pushing the youngster to take more shots from downtown.

Nance shares that the team encouraged Okoro to stop avoiding perimeter shots and just let them fly. They want him to have confidence and trust in himself now and let that momentum carry into the regular season.

Nance, 27, has previously stated how impressed he is with Okoro.

After all, Okoro had a stellar training camp and preseason debut.

Okoro put up 18 points and three steals in the Cavs’ preseason win over the Indiana Pacers on Saturday. He also made two triples during the contest.

Best of all, Okoro converted a game-winning layup and free throw to seal the deal versus the Pacers.

The Cavs drafted the 19-year-old with the No. 5 pick in the 2020 NBA Draft. Initially, he was expected to be a defensive anchor.

Now, the team is starting to see his potential as an offensive weapon.