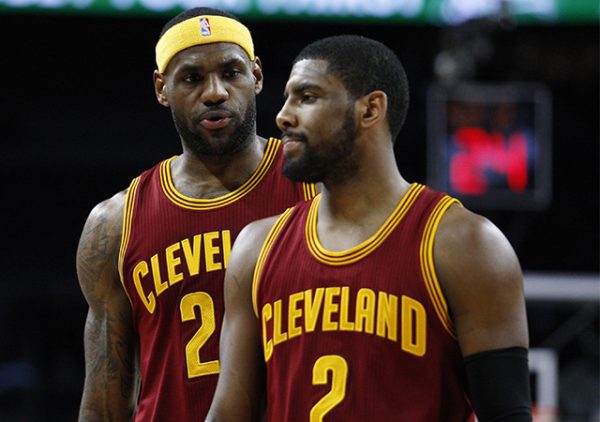 His former teammate LeBron James recently revealed on “Road Trippin’” that he helped get the superstar the line of signature sneakers.

Irving may be an enigmatic figure, but his ability on the court is undeniable. He’s arguably the NBA’s best ball-handler and is among the league’s finer performers in clutch moments.

In the 2016 NBA Playoffs, he played a huge role in the Cavs winning their first-ever NBA championship. That postseason, he averaged 25.2 points a game and shot incredibly well from 3-point range.

When Irving asked to be traded from the Cavs in 2017, it was rumored that he had some beef with James. However, the two seem to have patched things up more recently.

Now that Irving will be taking the court with two-time NBA Finals MVP Kevin Durant as a member of the Brooklyn Nets, he has a real shot at another championship.