Video: Cavs big man seen getting schooled by WNBA star in 1-on-1 matchup 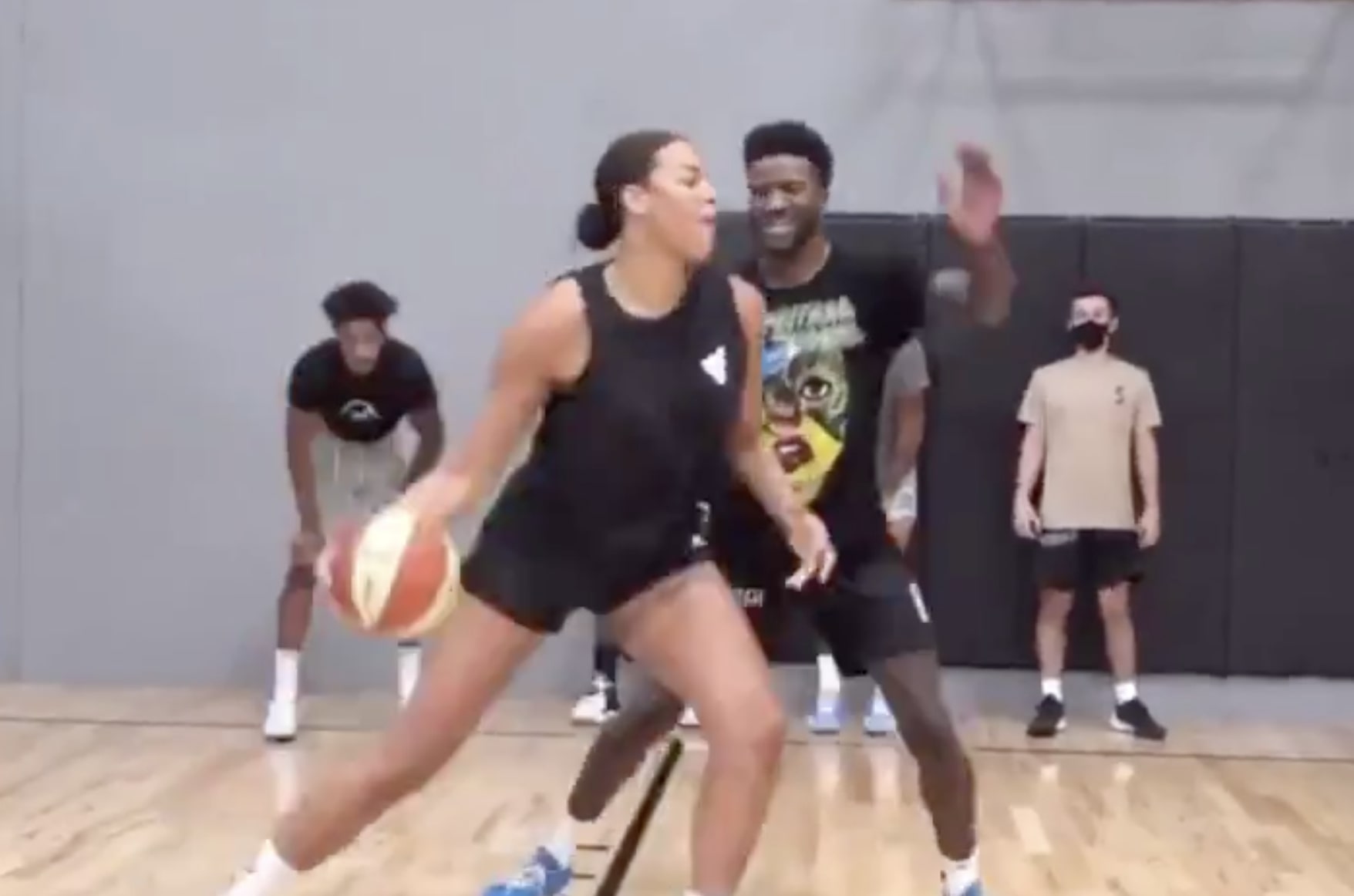 Jordan Bell signed a two-year deal with the Cleveland Cavaliers this past June.

The 6-foot-8 big man has not yet played a regular season game in a Cavaliers uniform. If he wants to excel in his role next season, he’ll have to earn his minutes. For one, he needs to show he can hold his own on defense against opposing players.

A video clip making rounds on social media is not helping his case. In the video, Bell can be seen getting severely outplayed by WNBA star Liz Cambage.

It does not seem like Bell was taking the matchup seriously. But even if he had been, it would have been nothing to be embarrassed about if Cambage still scored on him.

After all, the Las Vegas Aces star is one of the best players in the WNBA.

Cambage is a three-time WNBA All-Star selection. She currently holds the league’s single game scoring record with 53 points, a feat she achieved in 2018 when she was named to the All-WNBA First Team.

Bell, on the other hand, has yet to reach his potential in the league. The 25-year-old has an opportunity to do that with the Cavaliers.