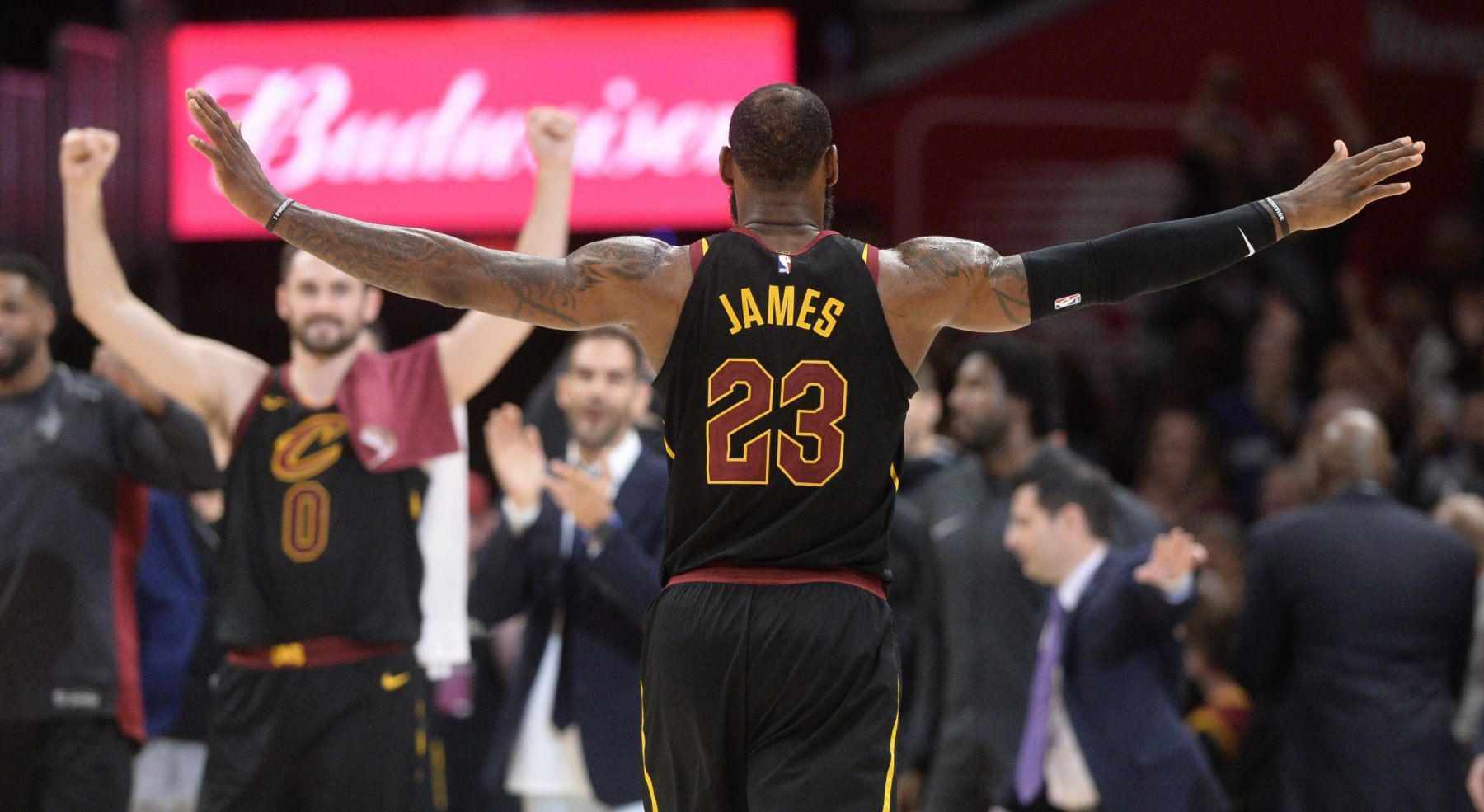 The Cleveland Cavaliers’ season ended in March, and it has left Kevin Love with lots of free time on his hands.

As he started workouts with his teammates again, he sat down for a Q&A session with Dan Woike of the Los Angeles Times.

Among other things, Love was asked about how it feels to watch LeBron James compete for an NBA championship from the outside looking in.

“What’s it like watching LeBron lead a championship run after going through so many playoff pushes with him?” Love was asked.

“It’s unique, this pertains to everybody but especially with him, because he feeds off the crowd so much,” answered Love. “That’s what gives him the lifeblood, to really put on a performance and show out. Like he knows that the crowd is there whether he’s home or away and he’s playing into that, feeding off of that.

“Sorry to interrupt you, so like when LeBron says last night that his only regret was that AD’s (Anthony Davis) game-winning shot wasn’t at Staples Center? That’s not pandering?” Love was asked.

“By the way, I didn’t even know he said that,” Love responded. “So yeah, that’s what I mean. That would have been a major moment for AD as well. And I think it breeds and adds I guess more [in front of a crowd], I don’t know if you want to say self-confidence, self-assuredness or whatever it may be. A defining shot like that might be the biggest shot in his career right? Western Conference finals he hits a three, plays unbelievable games, playing crazy in the first two games in this series. So that’s kind of what I mean.

“So to see Bron, you know, go through this and like, lift his game up. … For LeBron standards, like he didn’t play great to start out those first eight games. But once you got into the playoffs, he’s been on an absolute tear. But, you know, LeBron always lifts his play in the playoffs, and I think those 16 first-place votes that he got [for MVP], he just used that.

“He’s like, ‘I probably wouldn’t have won it. But I deserve more first place votes,’ which I believe is true. And I think a lot of people would agree with that. Giannis [Antetokounmpo], OK, he won the MVP for sure. Yeah. But I don’t think anybody’s debating that, but he deserved more first-place votes. But he, almost like [Michael] Jordan in ‘The Last Dance.’ I watched it again when I got back here. I had the seven days (of quarantine). And he was like, anything that he could reach out and be like, ‘OK, I’m going to use that and be pissed off.’ And Bron even said he’s pissed off. So he’ll just use that as your motivation. And Bron never needs more motivation. But he finds a way to spring that out as much as he can.”

Love got to know James very well when the two advanced to the NBA Finals in each of their four seasons together and won the championship in 2016.

The Cavs started to come apart at the seams soon afterward, as All-Star Kyrie Irving was traded shortly after the team lost the 2017 title to the Golden State Warriors.

Once James packed his bags and joined the Los Angeles Lakers the following summer, it was officially the end of an era in Northeast Ohio.

As a result, Cavs fans can only think back just a few years ago and try to reexperience what those times were like vicariously through the team’s former superstar.