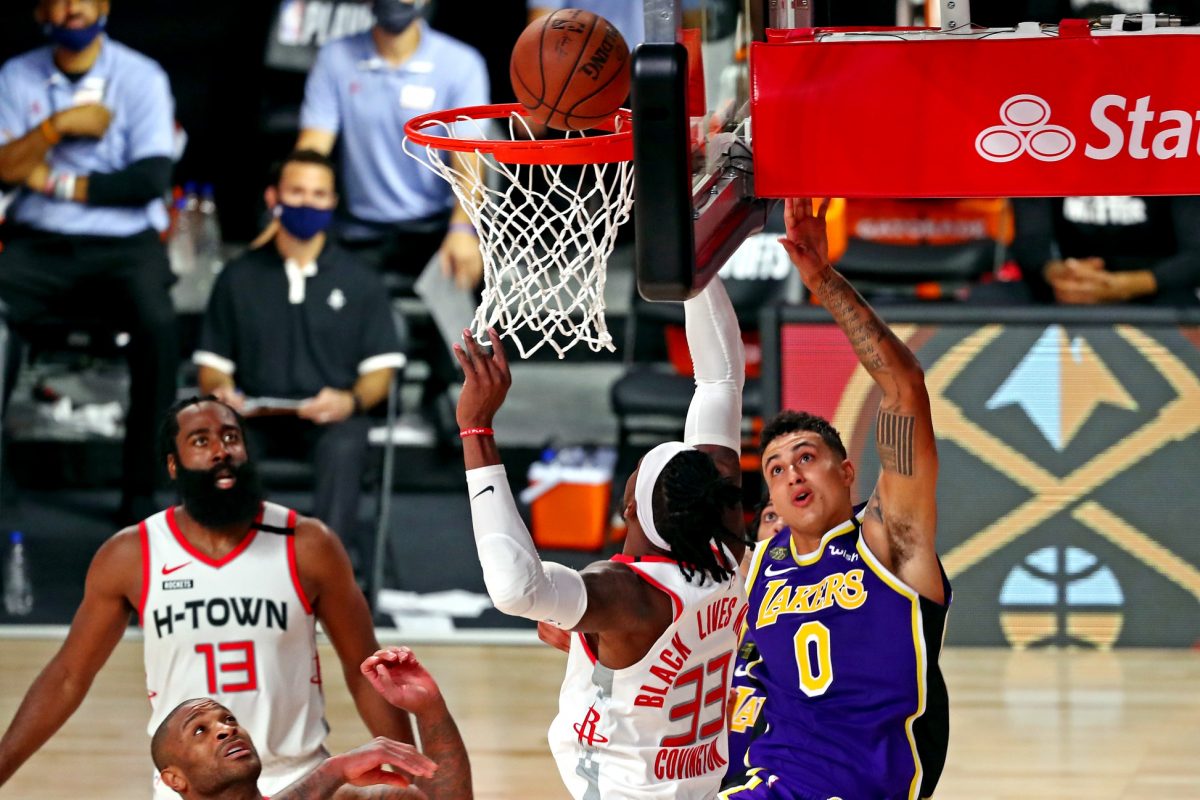 Frank Vogel better play Dion about 25-30 minutes in this series or the Lakers could be in series trouble!!! He’s the only other Laker that can go get a Bucket on his own…because Kuzma ain’t it.

The response by Perkins came after the Lakers dropped a 112-97 decision to the Rockets in their opening game of their Western Conference semifinal series, with Kyle Kuzma struggling throughout the game.

In Kuzma’s 28 minutes on the court against the Rockets, he had just eight points and two rebounds, shooting just 3-of-9 from the field.

One indication of how poorly Kuzma played in the contest was the fact that his plus-minus of minus-21 was the lowest among all the Lakers in the game.

Waiters joined the Lakers shortly before the NBA shut down the season back in March and has had a checkered NBA career, which began with the Cavaliers back in 2012.

In his eight NBA seasons, the 28-year-old Waiters has had periodic moments of excellence but has never been able to sustain his success.

If Lakers head coach Frank Vogel chooses not to take the advice of Perkins, he might consider picking another former Cavaliers player, J.R. Smith, to provide more offense.

Smith has the ability to immediately light up the scoreboard, with the Lakers in need of a boost as they prepare for Game 2 of their series with the Rockets.

That contest will take place on Sunday night, with the game set to get underway at 8:30 p.m. EST.