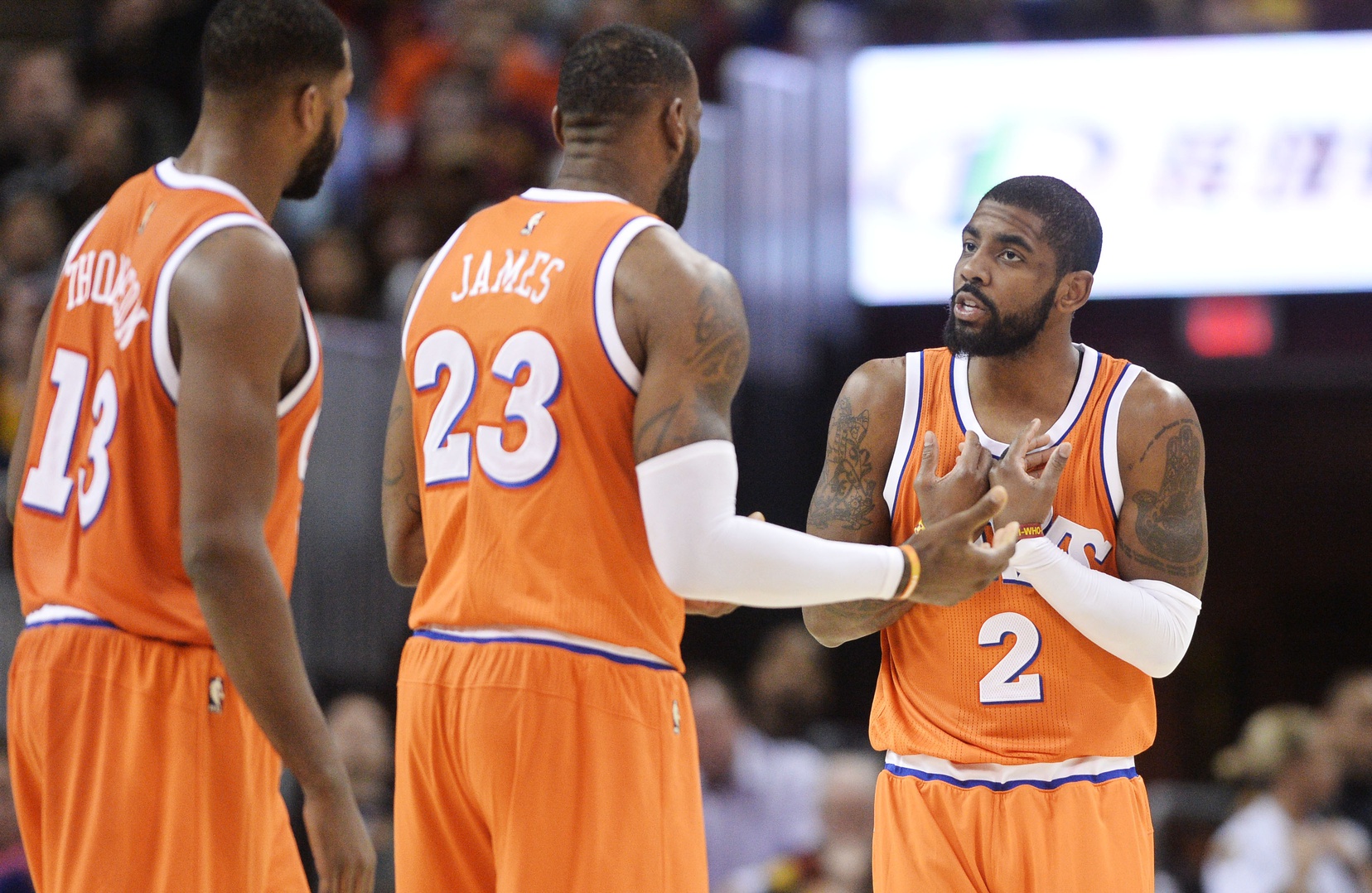 Hollins recently joined the Scoop B Radio podcast and explained that he believes Irving learned some of his poor leadership qualities from LeBron James when the King came back to Cleveland.

“Kyrie is a great dude,” Hollins said when discussing their time as teammates. “Humble, down to earth, cool…if anything like — you know what’s funny, like of all the guys that were in the team, he hung out with Luke Harangody the most. And Luke was a Notre Dame guy and some type of ACC connection was there. Like, Kyrie is not big on going with the norm or trying to be cool or popular. He doesn’t mind being outside the box. Cool down to earth. Great dude, man.”

However, Hollins said as Irving was trying to come into his own as a player, he and James butted heads.

“LeBron can’t cast a shadow, he (Irving) has a lot of maturing to do as we all have,” Hollins said. “You gotta think these 23, 24, 25, 26-year-old guys casting a big spot so, to be honest, I looked at the content and the intentions behind your heart. Who you are versus trying to stunt on somebody because you’re 25-years-old and you don’t know any better.

“But I think the way those two butted heads kind of left a bad imprint on Kyrie. It was bad business. It was some things that LeBron did. You know, Kyrie learned some poor leadership from LeBron and some of the stuff he did and I think Kyrie tried to come into his own in a different way.

“But very smart, very intelligent you know, really soft-spoken and trying to find out how to be a leader. I don’t think Kyrie is a natural leader.”

James and Irving won a championship together in Cleveland in 2016, but Irving requested a trade following the 2016-17 season.

Hollins believes that Irving still has a lot of learning to do as he tries to take on a leadership role at this stage in his career.

“I think that’s something that he’s trying to grow and learn and do, and I think he’s handled a couple of situations wrong,” Hollins said. “I don’t think he’s lied about anything except about the world is flat when he was jokingly, but I think speaking out in the media; that’s a tightrope of a situation when you talk about your teammates.

“So I think some of those things he’ll admit that he wants to reel back.”

Irving was traded to the Boston Celtics but lasted just two seasons there, before signing with the Nets this past offseason.

Injuries have derailed his 2019-20 campaign as he was limited to just 20 games before being ruled out for the season with a shoulder injury.

boston celticsbrooklyn netscleveland cavaliersfeaturedkyrie irvinglebron jamesnews tickerRyan Hollins
← Previous Story LaVar Ball Doesn’t Want His Son LaMelo to Have Anything to Do With Golden State Warriors
Next Story → Larry Nance Jr. Has Emphatic Reaction to J.R. Smith Finally Being Back in NBA