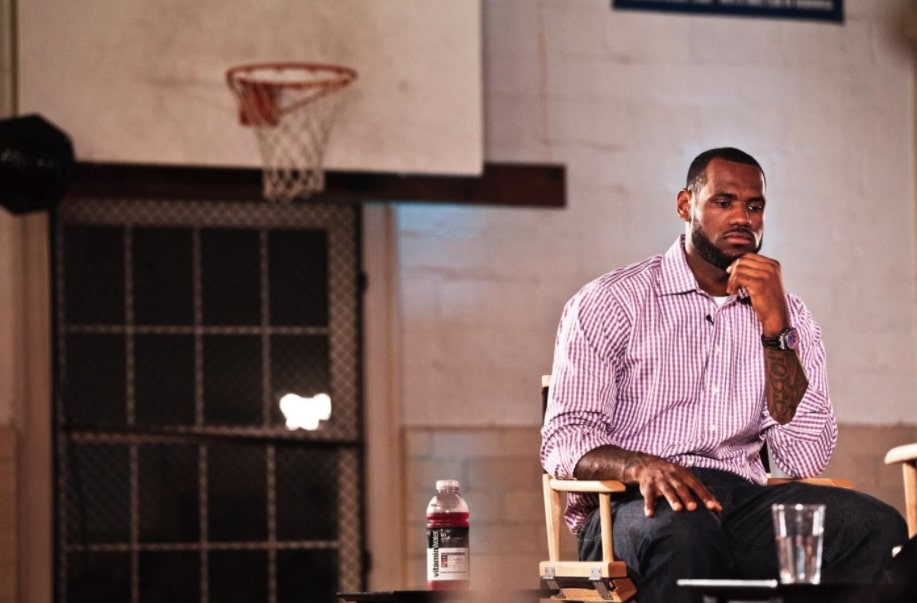 Back in the summer of 2010, LeBron James reportedly looked so uneasy prior to “The Decision” that one source who was at the event thought that the former Cleveland Cavaliers star was going to bail on the entire affair.

Reporter Don Van Natta Jr. learned that James appeared as though he wanted out of the one-hour TV special in which the superstar infamously told fans that he would be signing with the Miami Heat.

“I had a source tell me recently that, even in the Greenwich house before, LeBron looked so uncomfortable and was just not having a good time,” Van Natta Jr .told Chris Fedor of Cleveland.com. “That person told me he thought LeBron would even pull the plug. They could just see that this had the potential to backfire and that it could be bad for LeBron. But that was ignored.”

Van Natta Jr. is a three-time Pulitzer Prize winner whose investigative reporting will be featured in “Backstory,” a new ESPN documentary series.

In the upcoming episode, “Backstory: The Decision,” he will explore the narrative behind James’ most controversial summer as a basketball player.

On July 8, 2010, after seven years as a member of the Cavs, James decided to pack his bags and move to Florida to play for the Heat.

One of the biggest reasons for the move was the opportunity to play alongside his good friend Dwyane Wade.

Unfortunately for James, the backlash following his announcement drove fans to extremes. Several videos of fans burning James’ No. 23 Cavs jersey went viral on social media at the time.

In “Backstory: The Decision,” which airs this Sunday, June 28 on ESPN, fans will learn more about the stories behind the camera that led to that fateful moment when he announced that he would be taking his talents to South Beach.